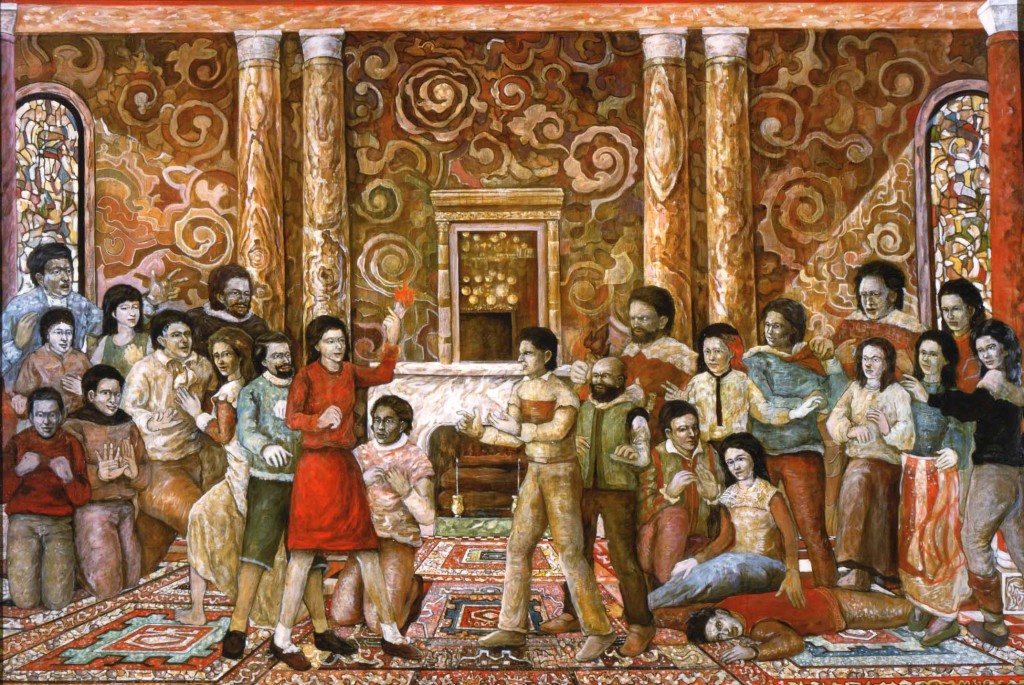 Nastassya Filippovna is a heroine of “The Idiot” by
19th century Russian author Fyodor Dostoyevsky.
They say  ”The Idiot” is the most beautiful work of every his novels.
The picture come from the last scene of the Part 1 in the  novel,
When I was a 22~25 year old man I completed it. 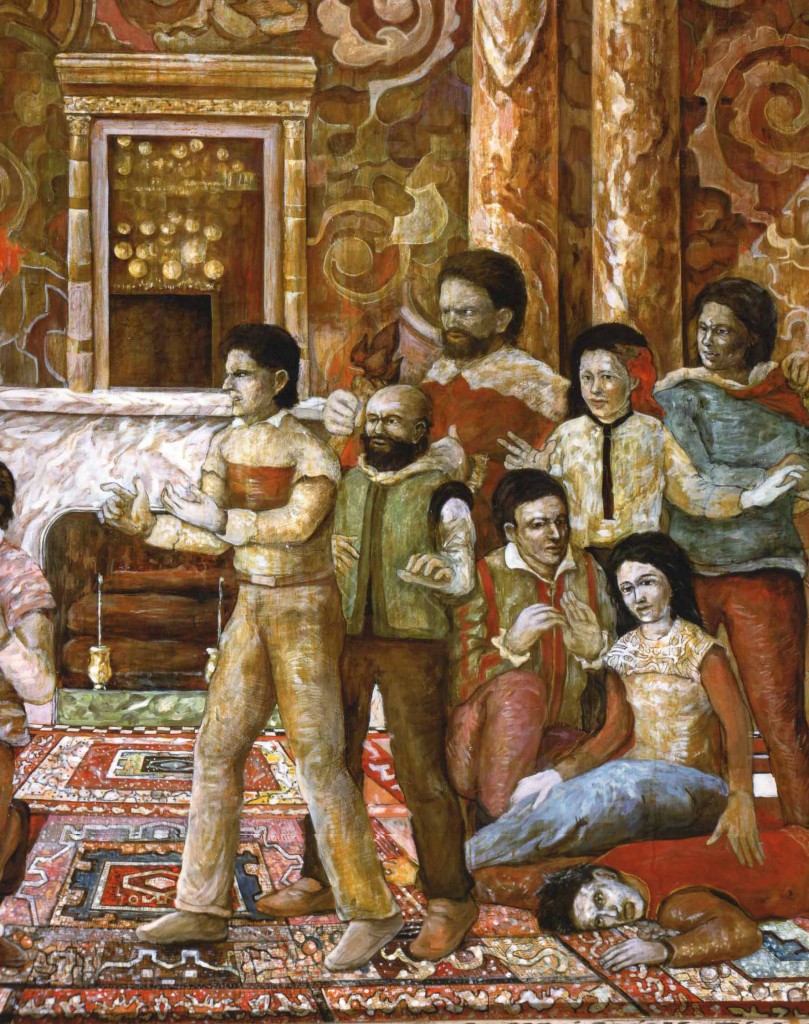 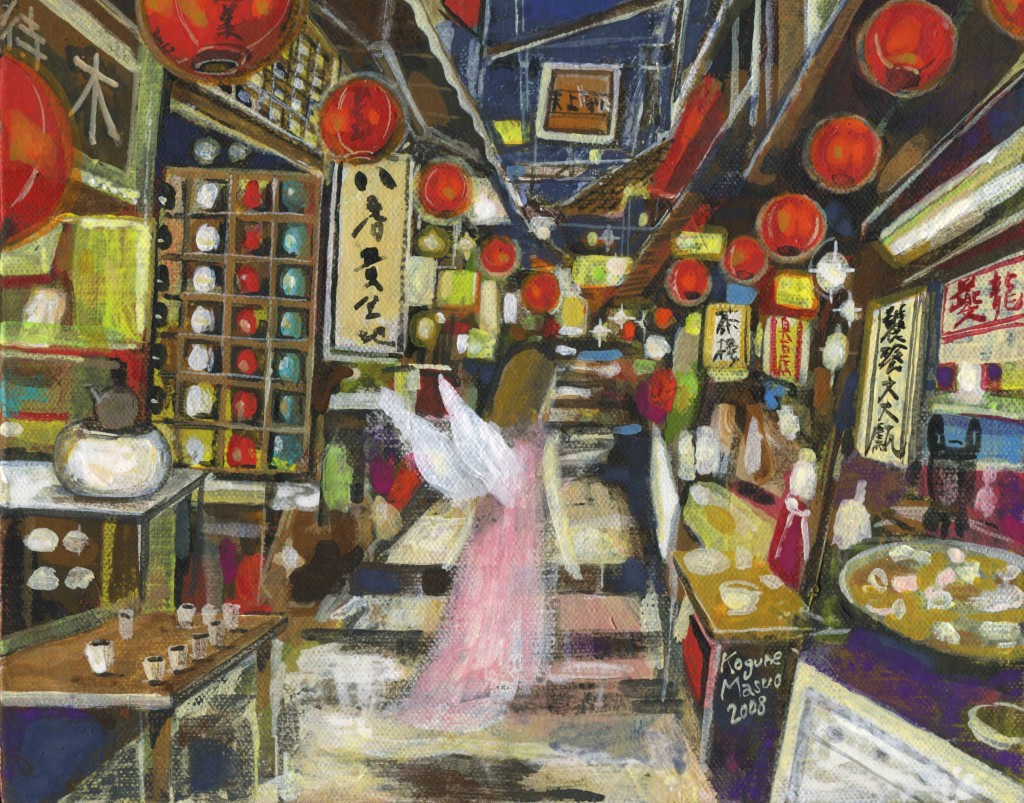 This is the Jiufen in Taiwan near by Taipei. 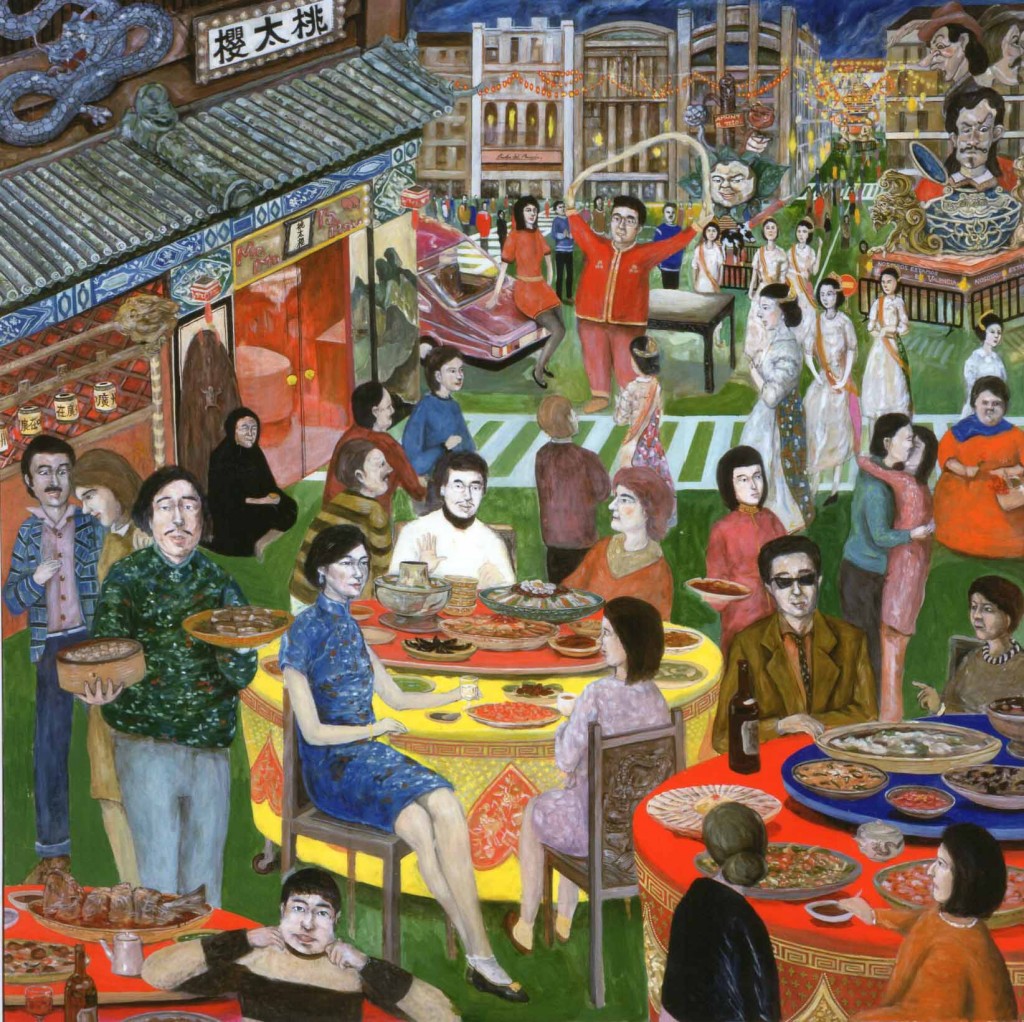 In my student days, I’ve been to Spaine
and saw “Los Fallas” the Fire Festival in Valencia.
This picture was drawn just after came back.
I couldn’t finished until gradiated
because I continues to draw when I became a teacher.
I draw the picture behind of the fine art room.
The pupil curious  about my painting. 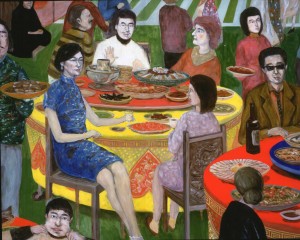 Within a Budding Grove/The daughters in Goa 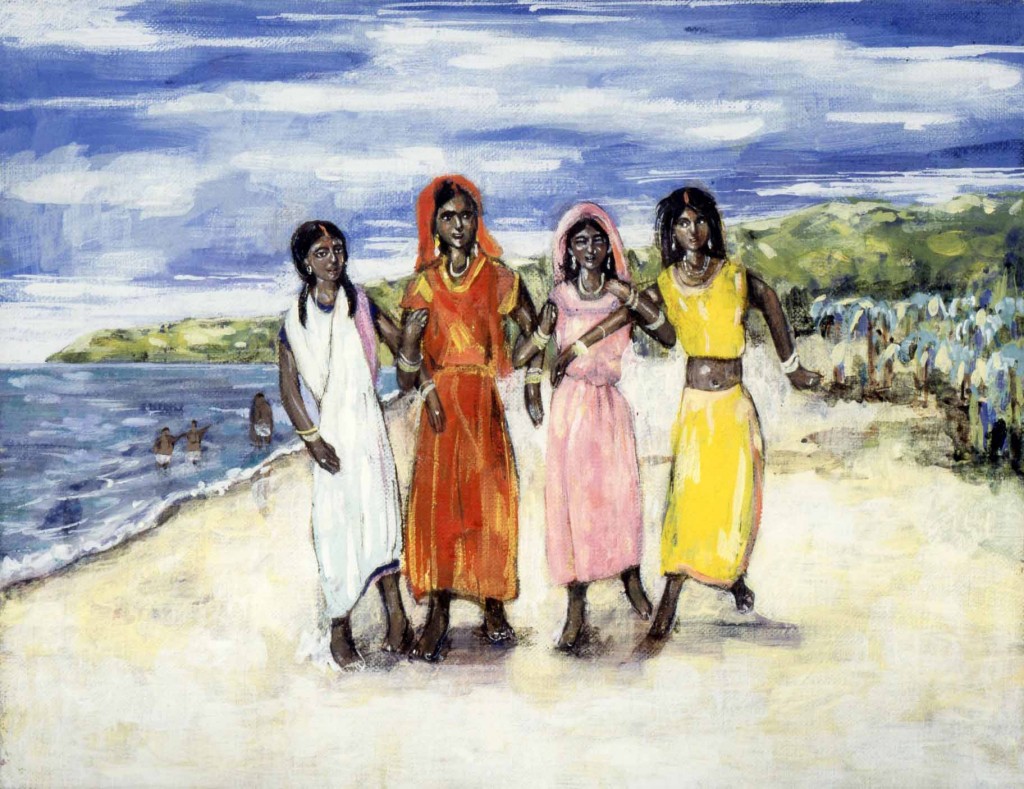 The image of picture from “Within a Budding Grove
(In the Shadow of Young Girls in Flower) by Marcel Proust.

But it replaced from Combrey in France to Goa in India.

Within a Budding Grove/The daughters in Kuta 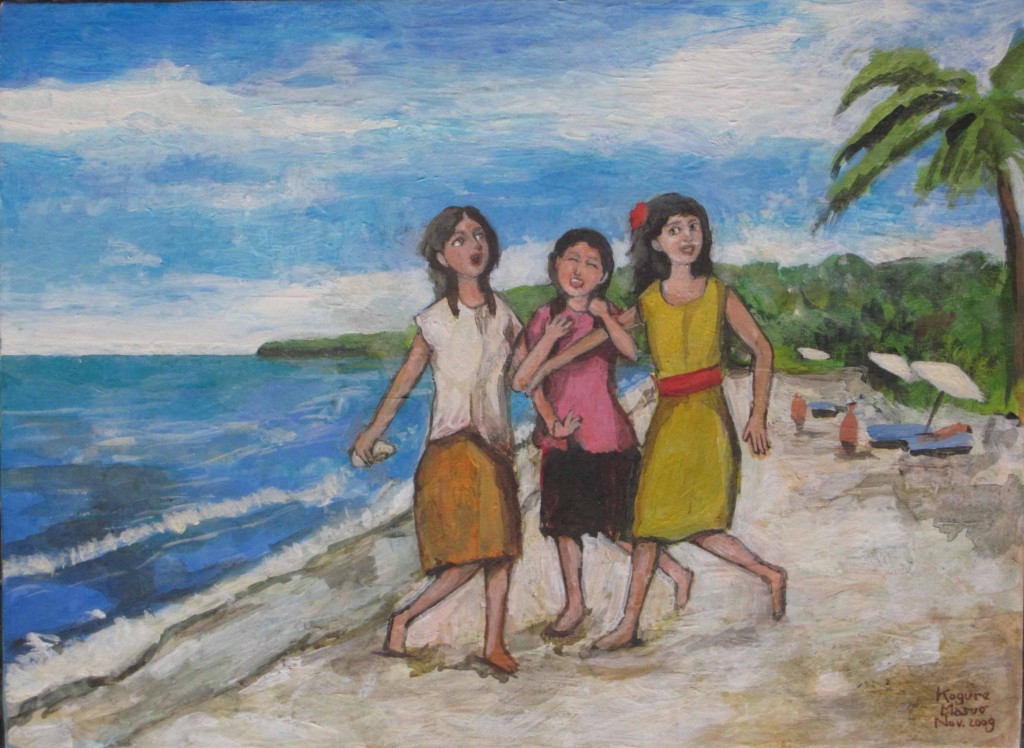 This is the same composition of “The daughters of Goa”.

Kuta is the biggest beach in Bari.

Which do you like,Goa or Kuta?

This is work of the late 20′s, in my first exhibition at Nabis Gallery in Tokyo Ginza.
Length of the folding screen reached 5 meters more.

The economy of Japan was more vigor, now it completely changed.

Wings of desire in Berlin 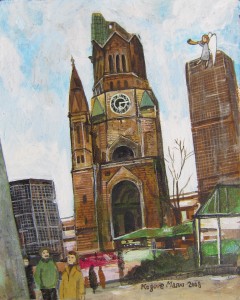 This is Kaiser Wilhelm Memorial Church in Berlin.
It was completely destroyed by air raid in the last War.

I can’t express the fearful figure, because I draw just a landscape in the city.

How about one plated lunch?

This is the one of the lunch menu in Yamagata Sandandero in Tokyo Ginza.

The river of Yellow Dragon 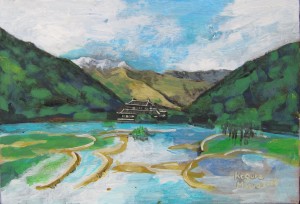 Yellow Dragon is the part of Sichuan in China. 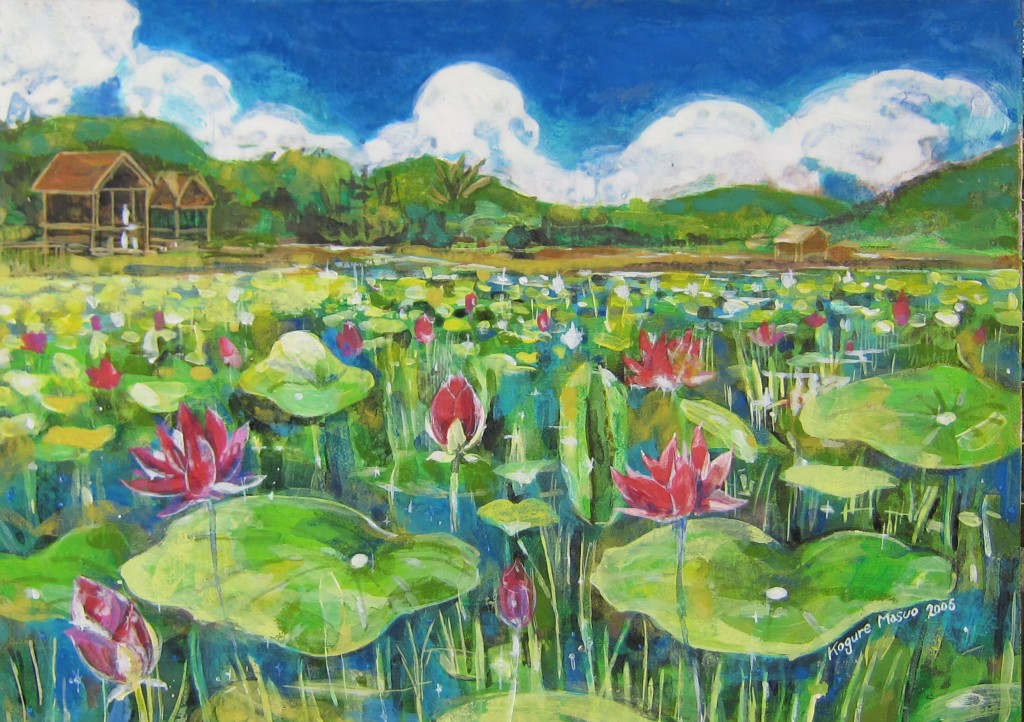 This is the lotus close to Angkor Vat.

The woman in Hanoi 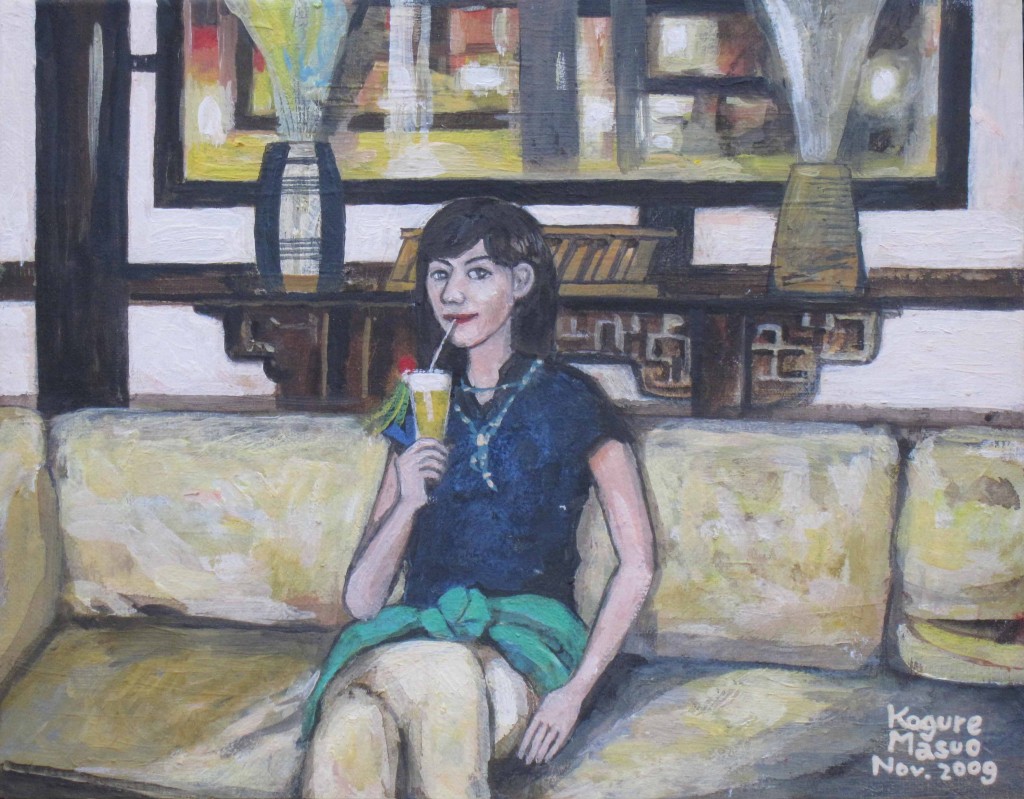 Literally, this is the woman in Vietnam Hanoi

She seems satisfaction to drinking a cocktail. 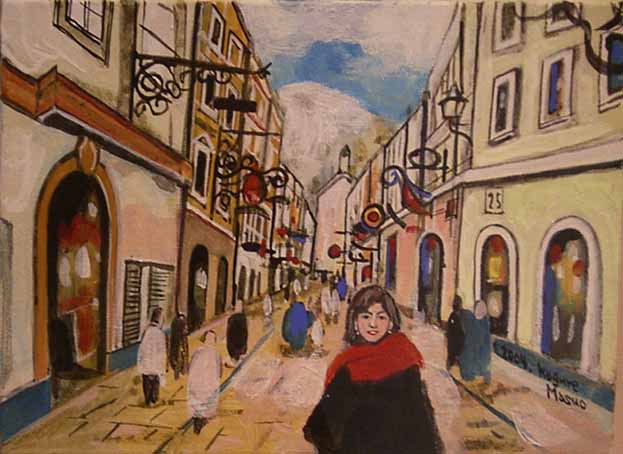 An angels in Goethe haus 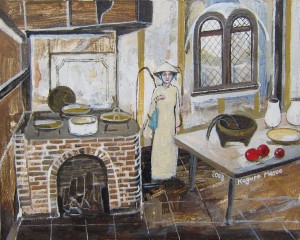 This is the Goethe hans in Frankflute.

There is the woman wearing Ao-dai.
Oh, she is the Hanoi woman! 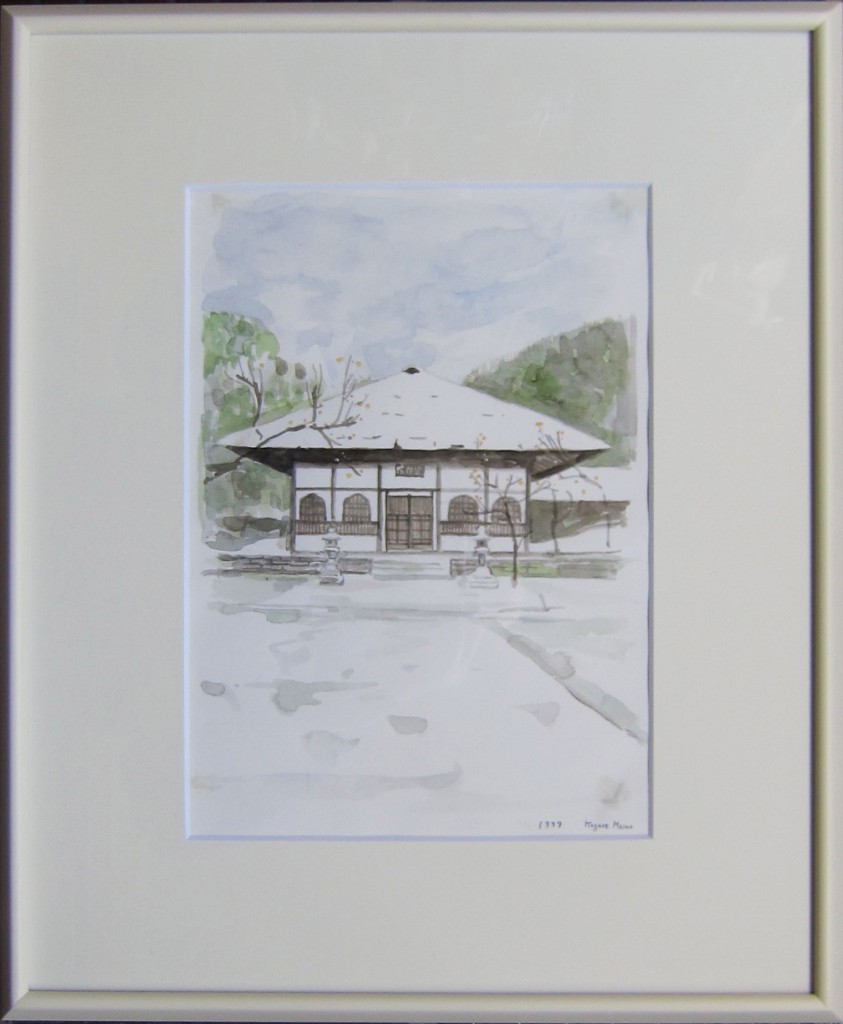 A cherry blooms in Kencyo-ji temple 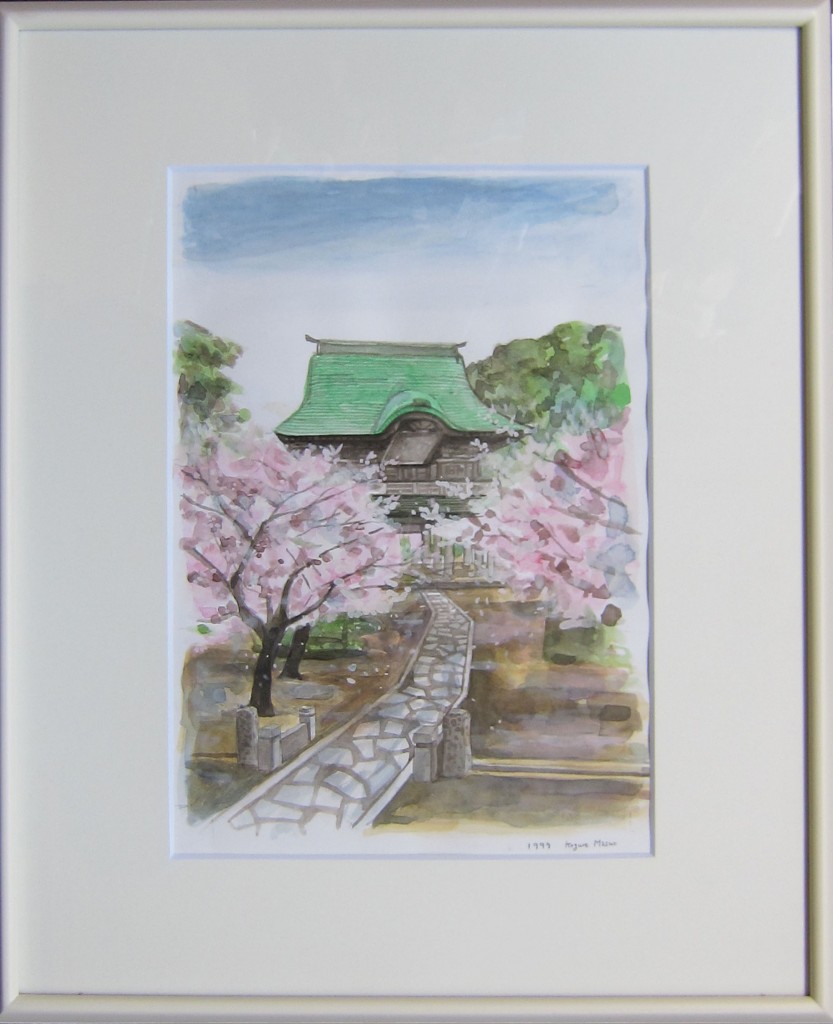 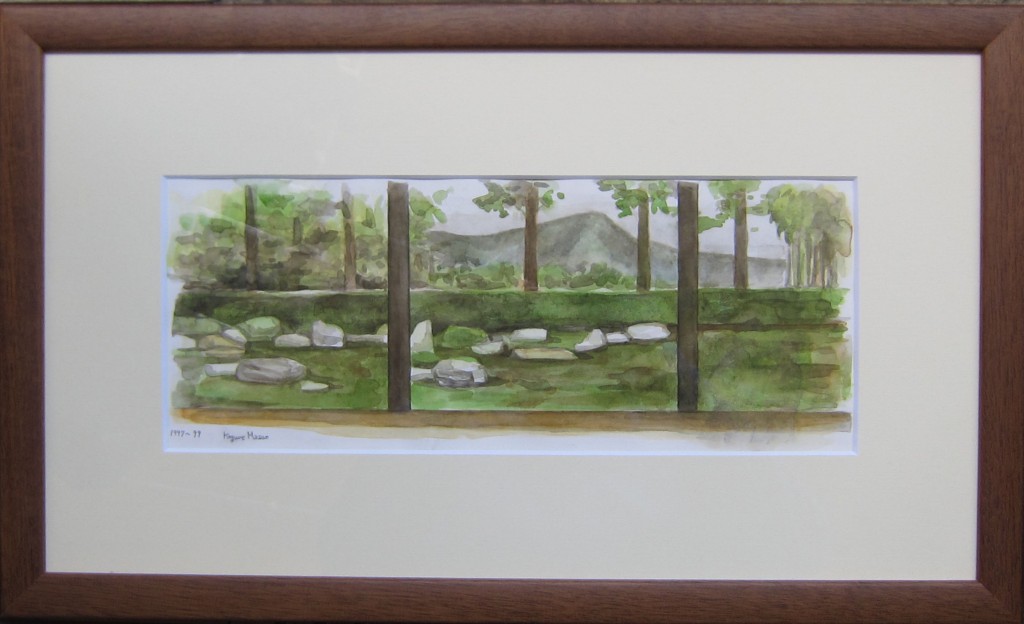 When I was independent in 1997,
fortunately, I wrote an article and illustration in
DC CARD’s informational magazine “The Card”,
“The beautiful gardens in Kyoto” was published in this.
These are the water painting in this article.

This picture is drew by tempera that old western material.

Entsu-ji temple is one of the best garden in Kyoto.

What is the object in the left?
Is this a ghost ?
No, I drew Ganesa in the picture, but it not suitable the picture,
so, I smeared away it, but not did all.

The moon on Ginsyadan in Ginkaku-ji temple

In the Zizo temple 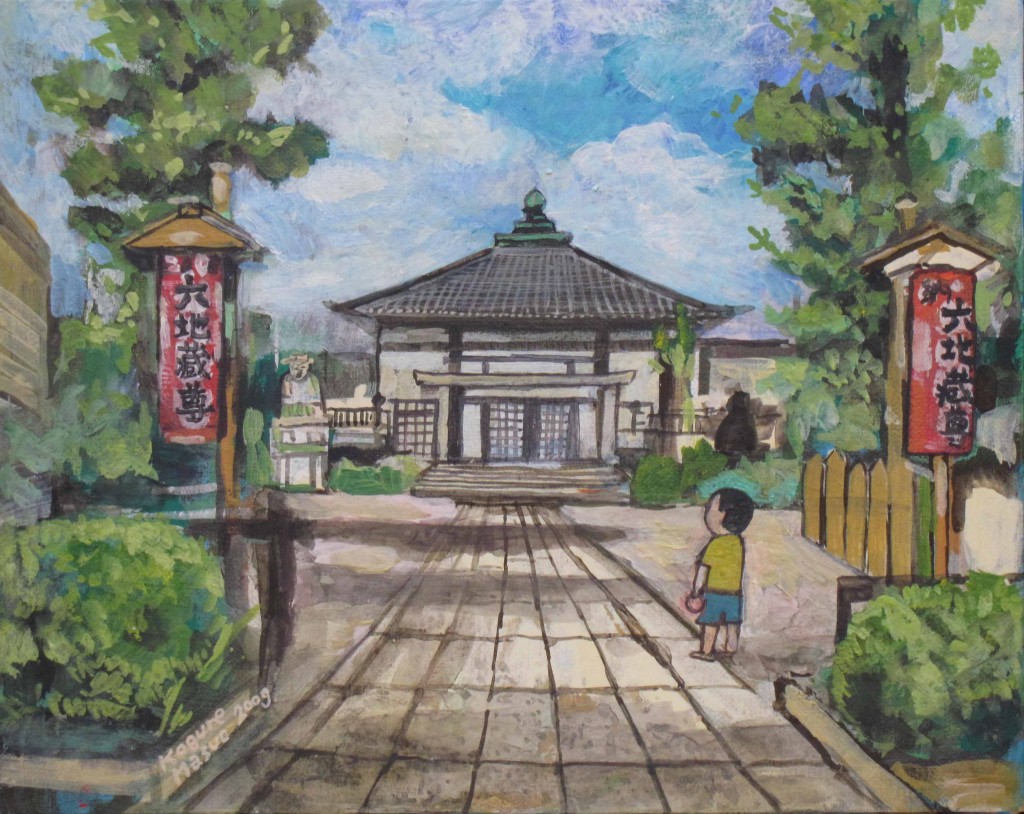 This is the temple where I lived in from my childhood to 29 years old.

In the astrology, 29 years is  same time as the Saturn revolves the earth around the sun.
The people destiny often change at the 29 years,
Buddha also became a priest when he is in the 29 years old.

How about you?
As for me, also changed it.

The temple is in Tokyo Akasaka.
Everything is changed when I was the childhood but the temple is nothing change. 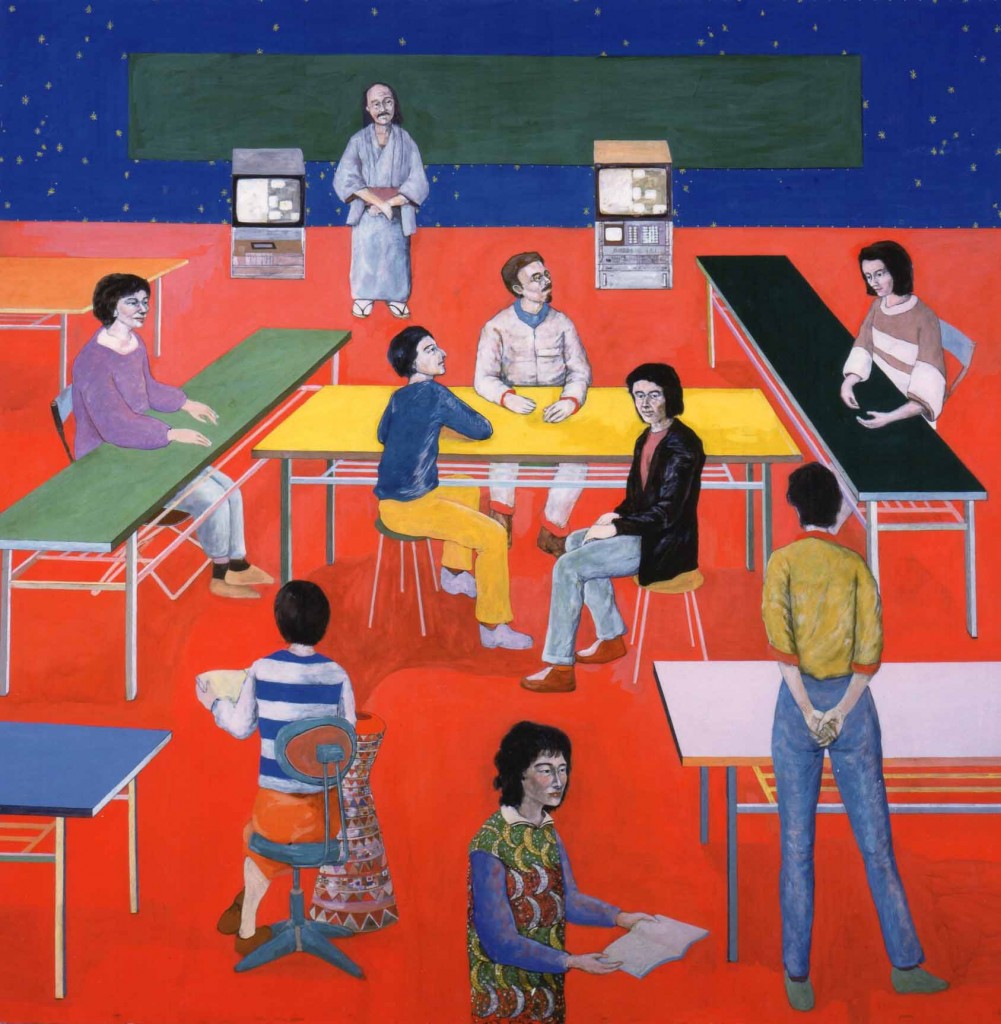 This is the situation of a seminar in my student day.

The composition of the picture has the circle which is drawn from the center.

All of people is the friend of mine when I was the student. 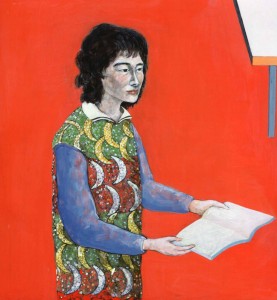 The picture is drawn by tempera. 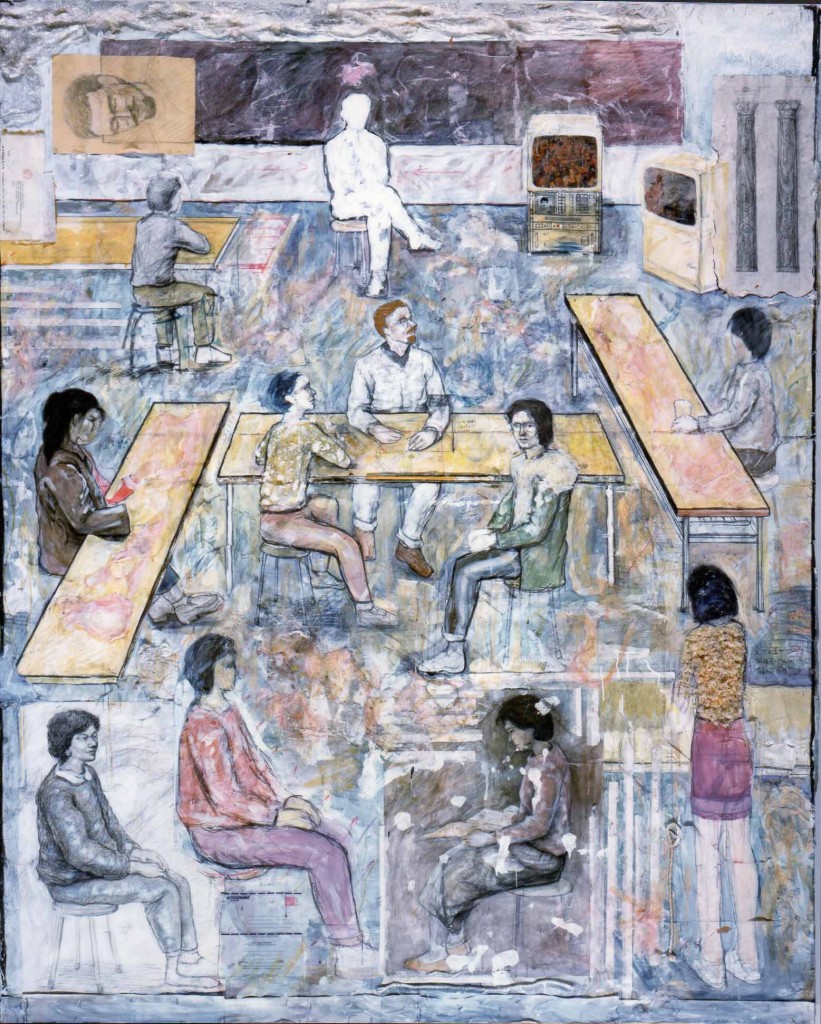 This is drawn before tempera version.

I draw some sketches of my friends and sticked on the picture. 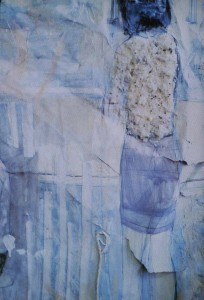 Life is short, Art is long 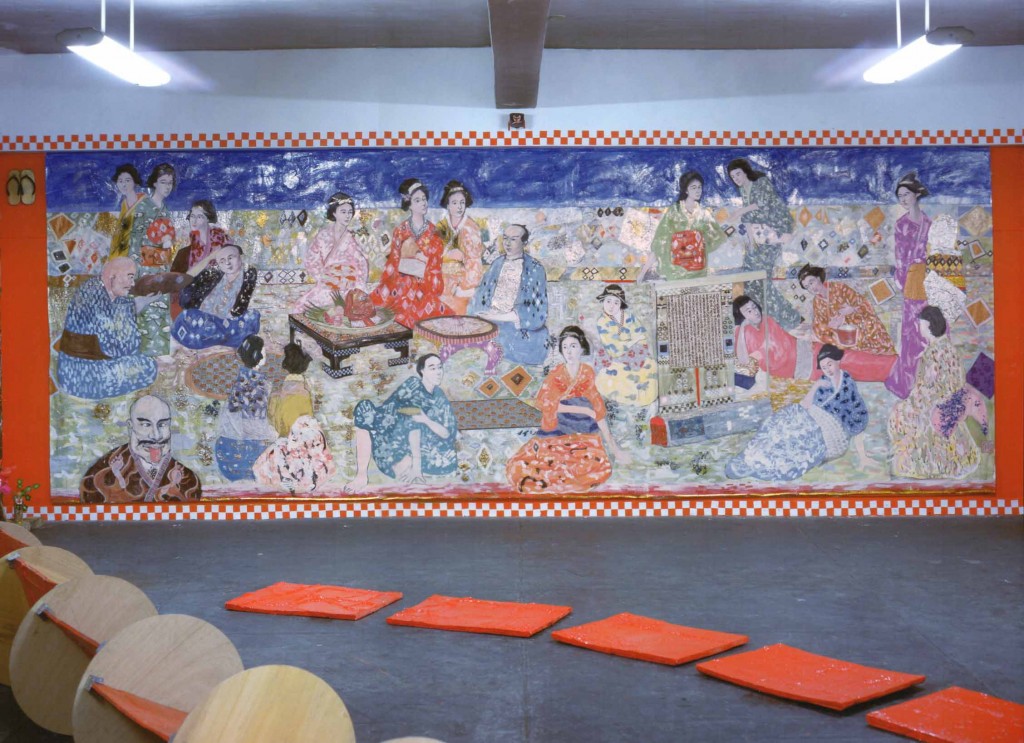 This is also the piece of my student days.

It is very big one, width is about 7 meters. 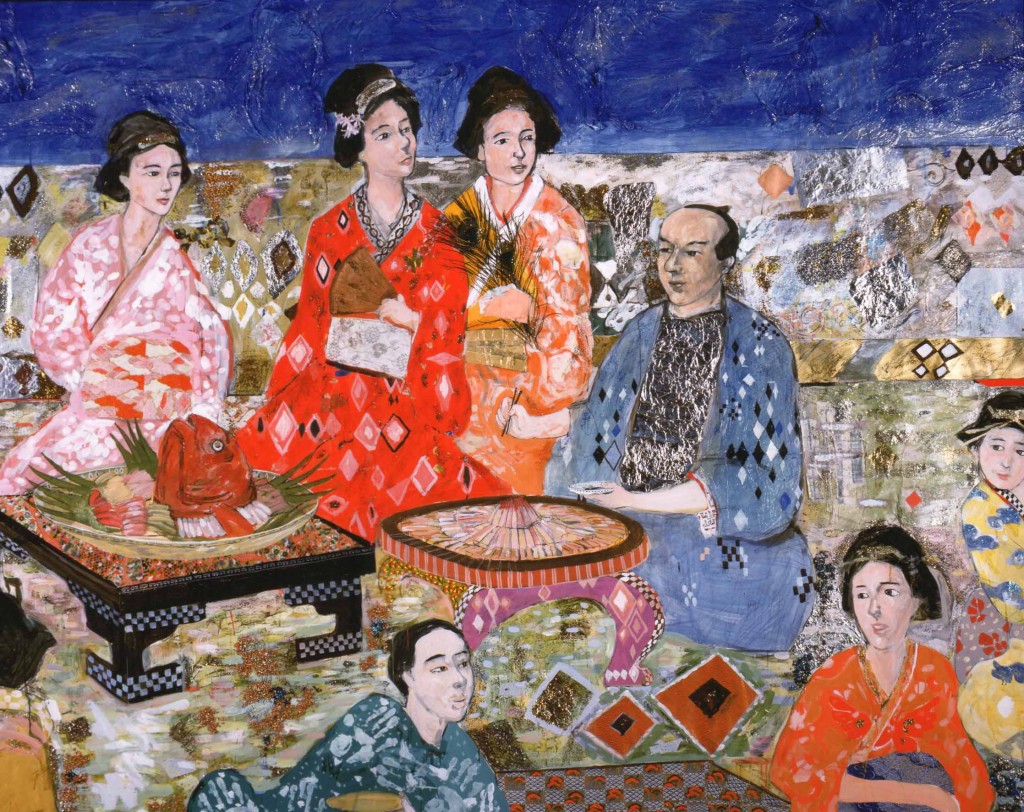 This is made by some materials collage. 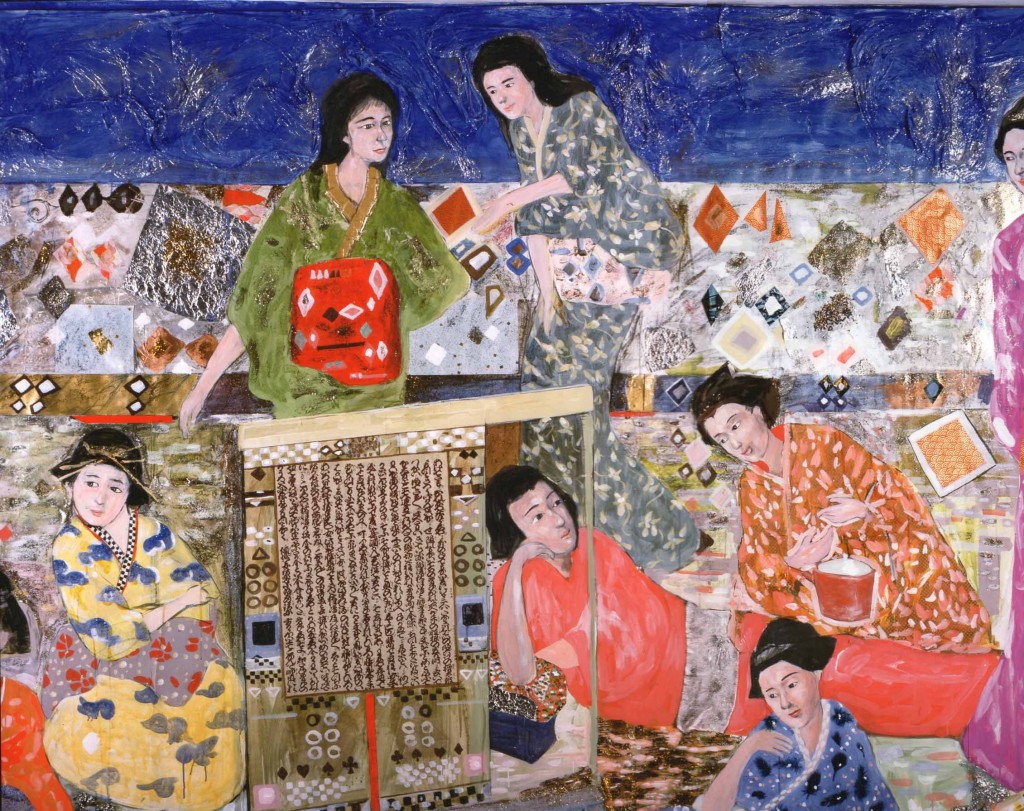 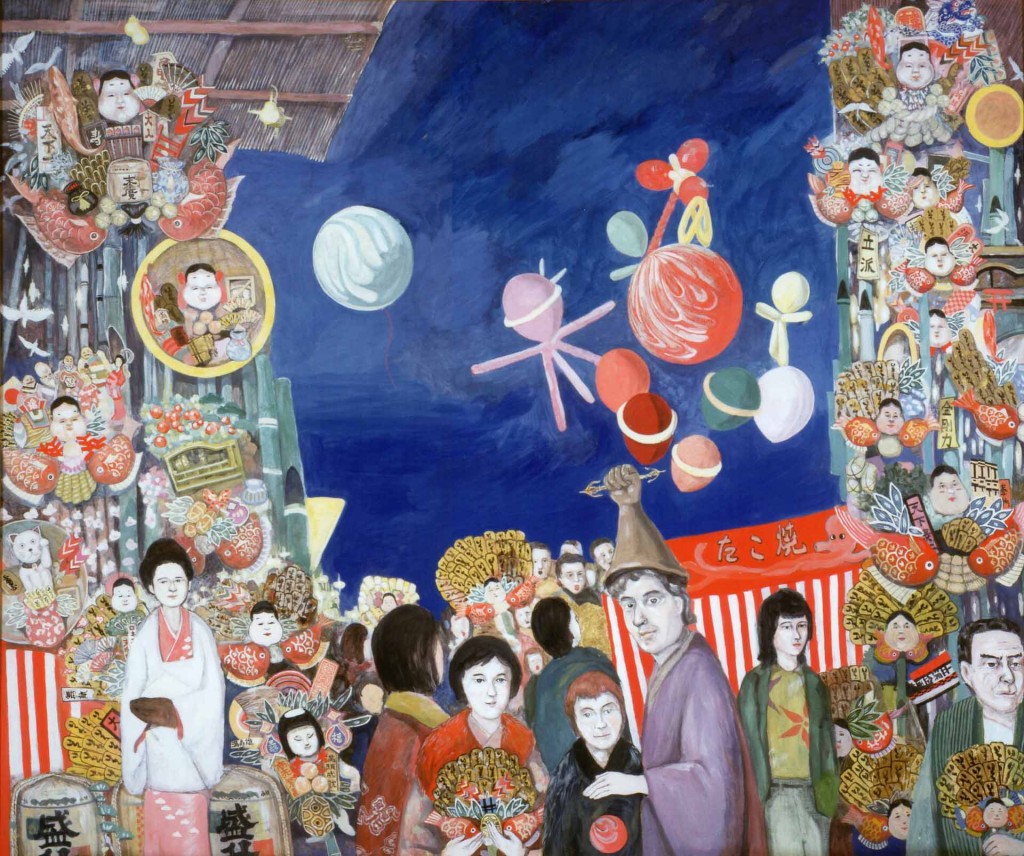 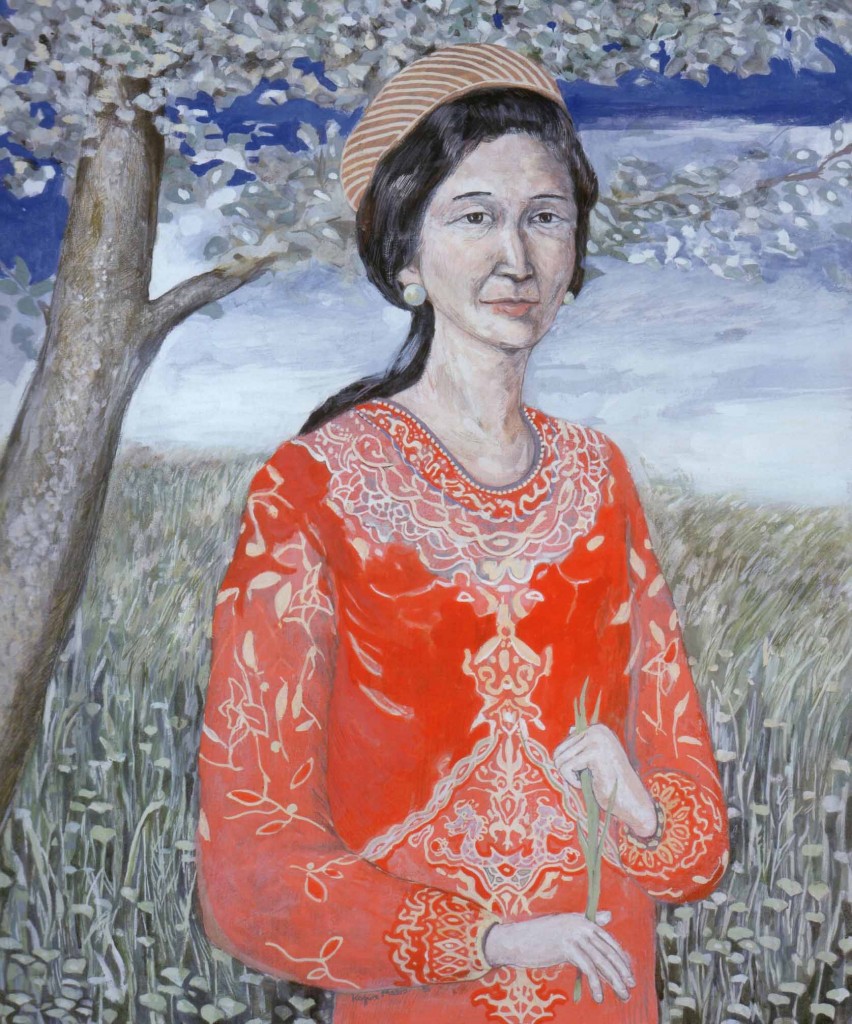 This lady is the mother of my close friend.

A portrait  of Mr. Tomoo Ito 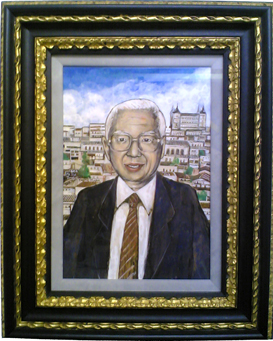 Mr. Tomoo Ito is my master and benefactor.

But when I draw this picture, Mr. Tomoo Ito also passed away.
It is made by the request from the present president .

I will draw portraits with your request.