The dark side of the brain 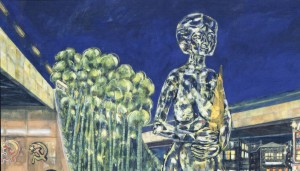 I’ll tell you before going into this room, you may not be unable to return again.
If you do not want to it, please do not go into the room.

These are converts into the dreams which I looked at.
I open my deeply part of brain,and you might seen same scape anywhere.

They say the dream has remain of the memorys
when we were the other creature in ancient times,
for examples, monky and birds, reptiles, amphibians, jelly fish,
sea urchin or something.
Perhaps dream have something hidden imformation in our old cerebral cortex.

OK, Let’s trip out with my encephalon!
But you should be carefully remember your start line.
If you forget that, you maybe never return from real world.

A miracle of Durga 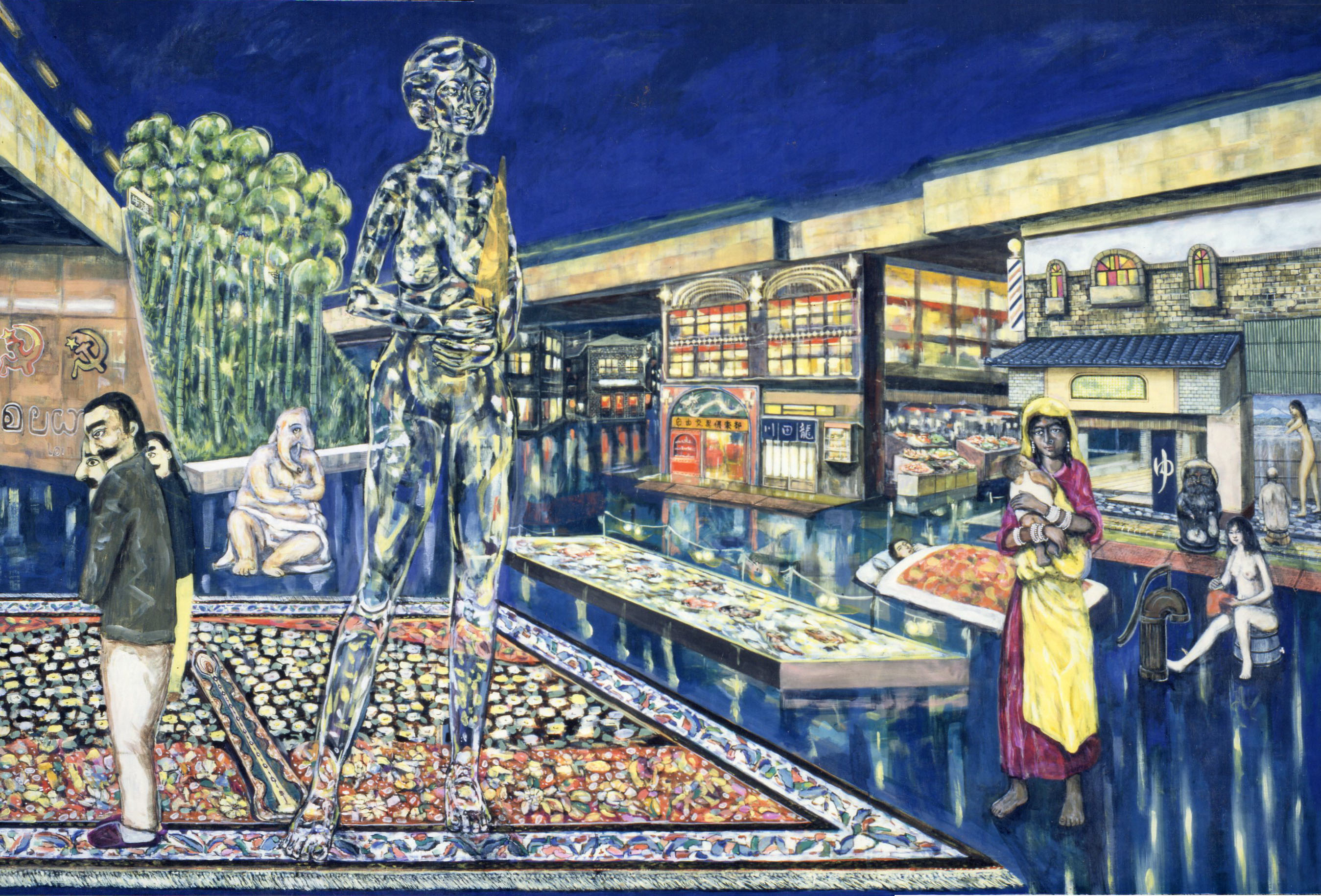 Before you go inside of this picture, you should go through the secret door.

First of all, open the tap of your frontal lobe,
and you will see a picture of Mt. Fuji in the public bath house located where the
Sangenjyaya.Shopping Arcade is, in Setagaya-ku, Tokyo.

Push through a very narrow path of covered tin roofs,
and you will step into a 6 feet square room with your shoes on.

This is the place where I spend time worrying myself.
Then, you will get a view of the transparent pubulic bath house in full view of the people. 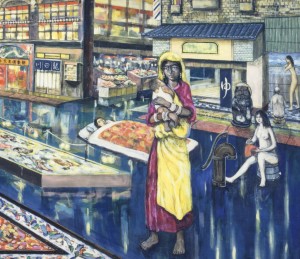 But this room is difficult to find,
because sometime it turns into
wooden box room and coin laundry or something.
Turn left, over the grade crossing, go across the bank,
and you will finally reach the square in the picture.

Durga is the Hindu goddess of India, but in this picture, she is pictured
as a transparent giantess. 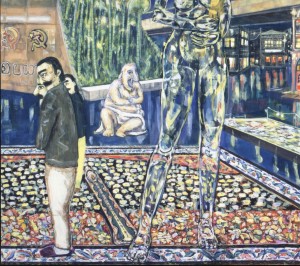 “Piazza del Campidoglio” is the famous square in Roma,
but this is not real  Campidoglio.
This is the Campidoglio in my dream. 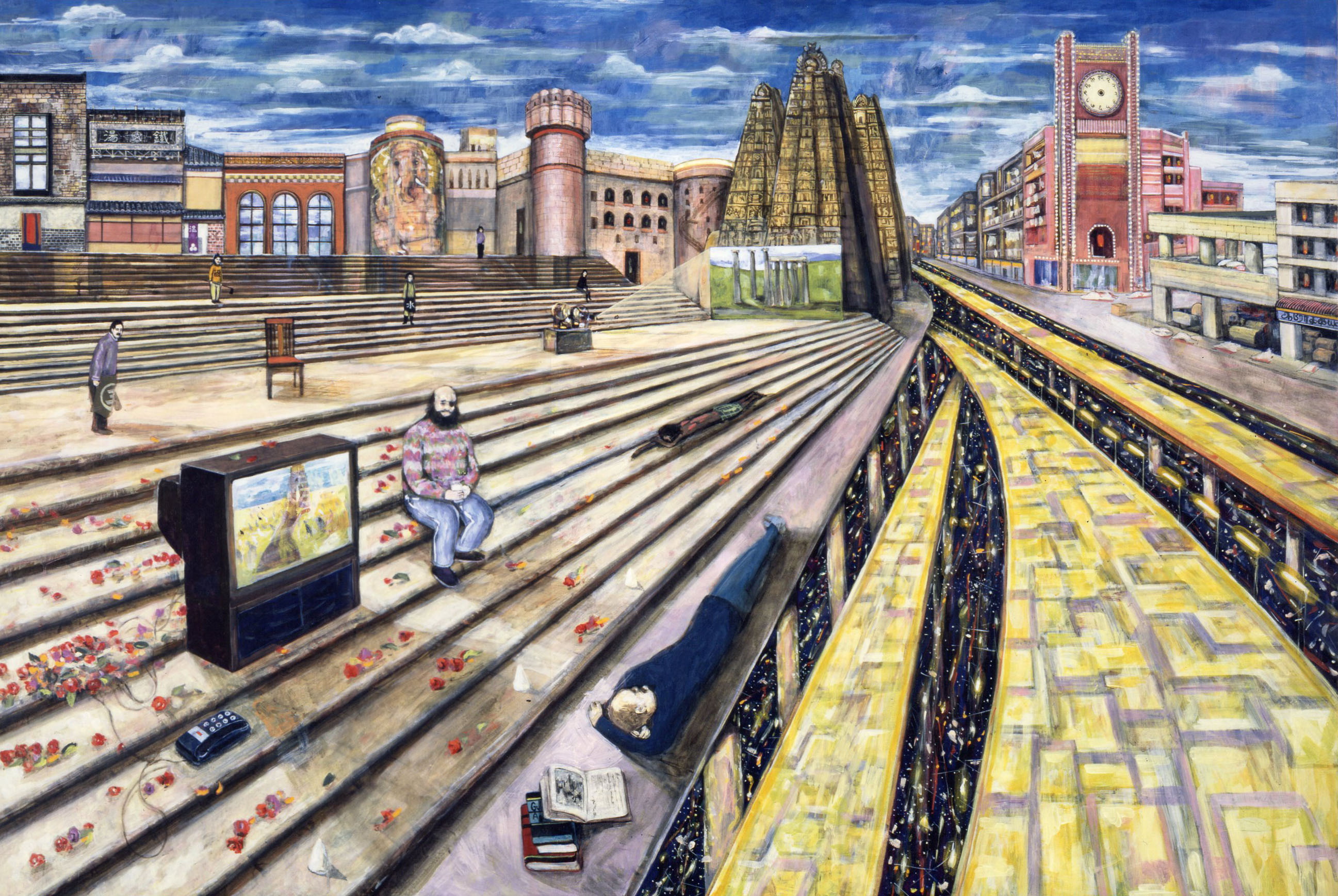 I go and back Piazza del Campidoglio in Tango dan dan.

In the old wooden school building, the ivy has sprung up.
I plucked the marks which were able to take the withered red ivy.
It sounds “tam,tam”!
The ivy has sprung up also in Fudo Myoo’s temple.
I about to sprung up the ivy,
but I found and astonished big green caterpillar! 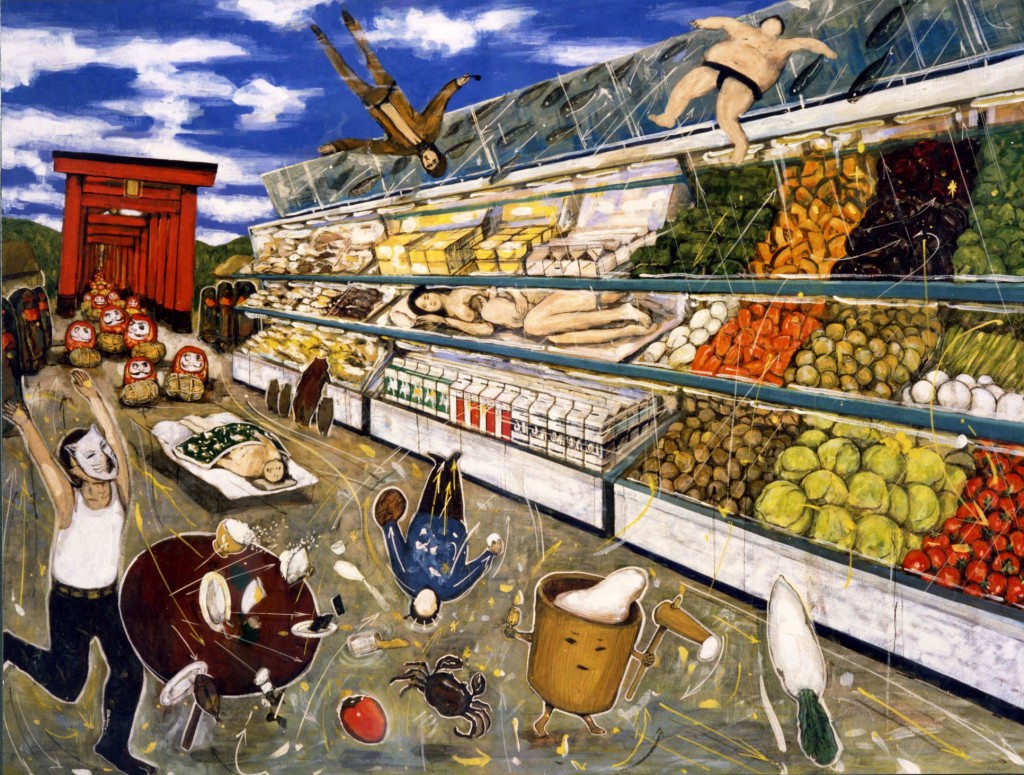 “what a big!” said Ricchone.
“This is a the larva of a hawkmoth”
Richione is a boy but his nickname is “the doctor”
because he knows everything!
He said that  hawkmoth has a fuck in his tail.
“Wow!”
“Wow!”

We began to throw a stone all together.
When the stone which Ricchione threw hits a green caterpillar,
his green humors are poured.

In your dream, have you ever experienced
that you had transformed into a corkscrew?

When I drive on the wall and backside of the expressway
at 60 miles per hour, I feel really frightened, as if my brain will burst! 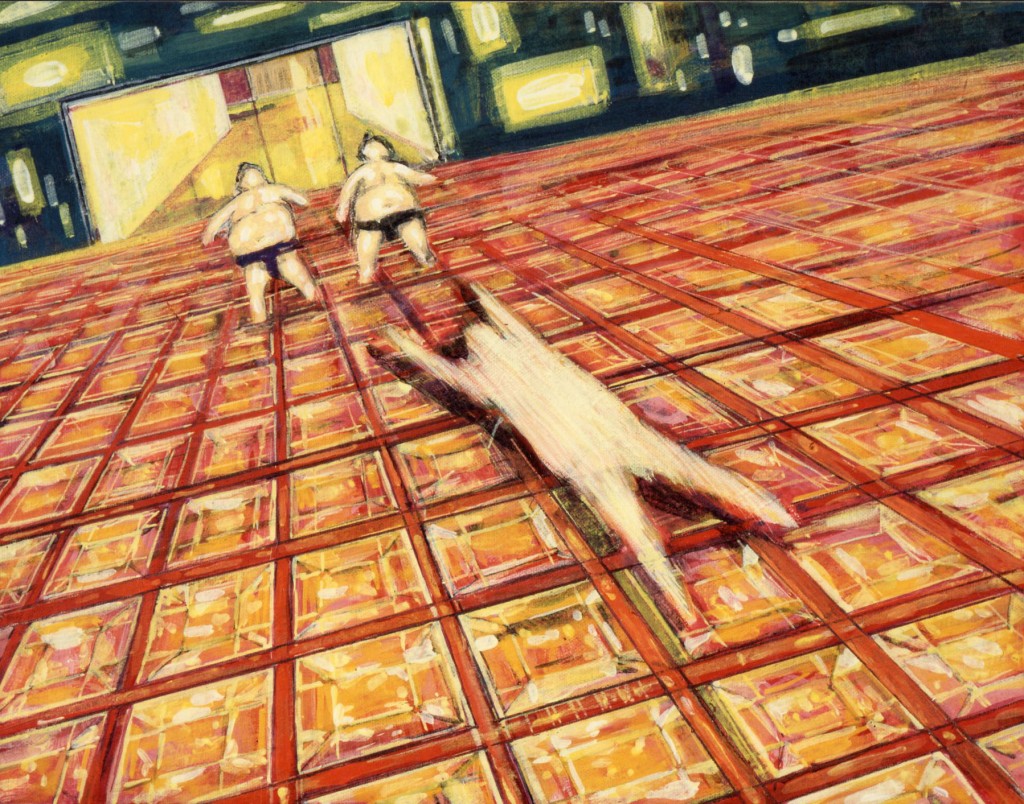 In the picture, there are twin sumo wrestlers.
Actually in my dream,
there are 2 stout Italian chefs who are about to tackle me,
but I just say “Don’t be that way.
” Meanwhile, I fly and dodge their tackle very nimbly. 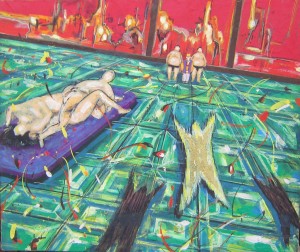 This picture is continued to “Here Comes Everybody.

The floating object is the consciousness in my dream.

This object can separate flesh and a soul freely. 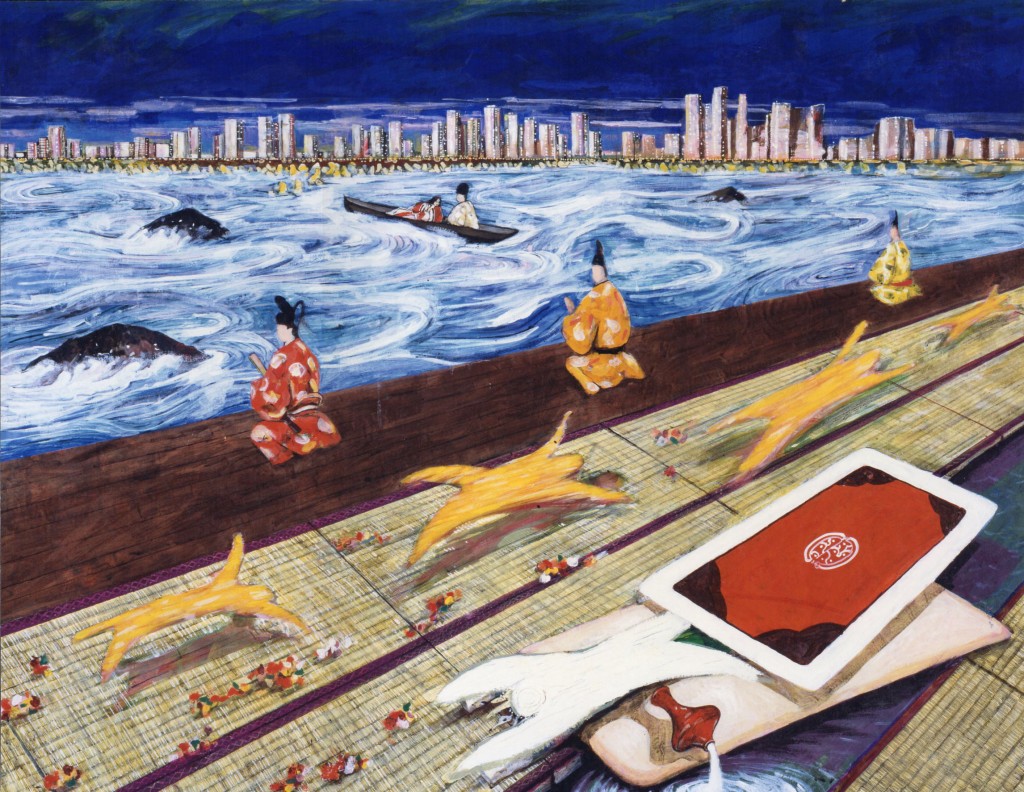 Japanese great catooneer Mr. Sigeru Mizuki told that
“Pictures should rush into the world of drawing what is invisible.”

Although Ukifune is one of the heroine
who come out in the Tale of Genji,
there is no direct relation to this picture.

The birds settle down on the wildfire 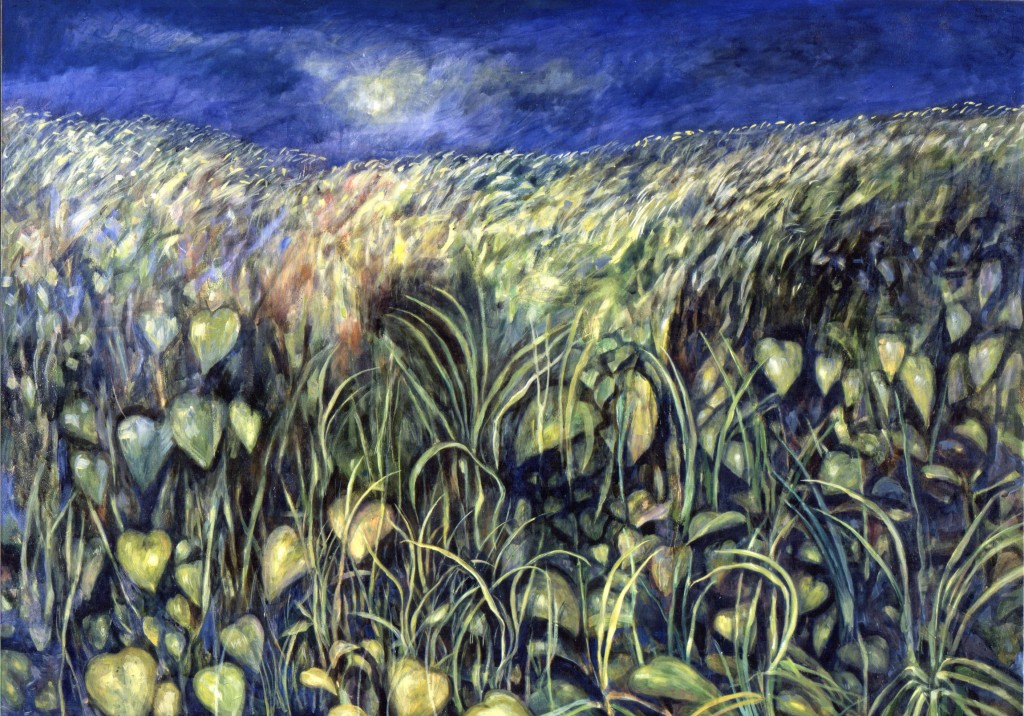 This picture expresses the fearful world.
Birds are not painted in the picture,
but they are hiding silently in the bushes.
In this world, people quarrel, struggle and hate each other.
Beyond the bushes, something terrible is about to occur. 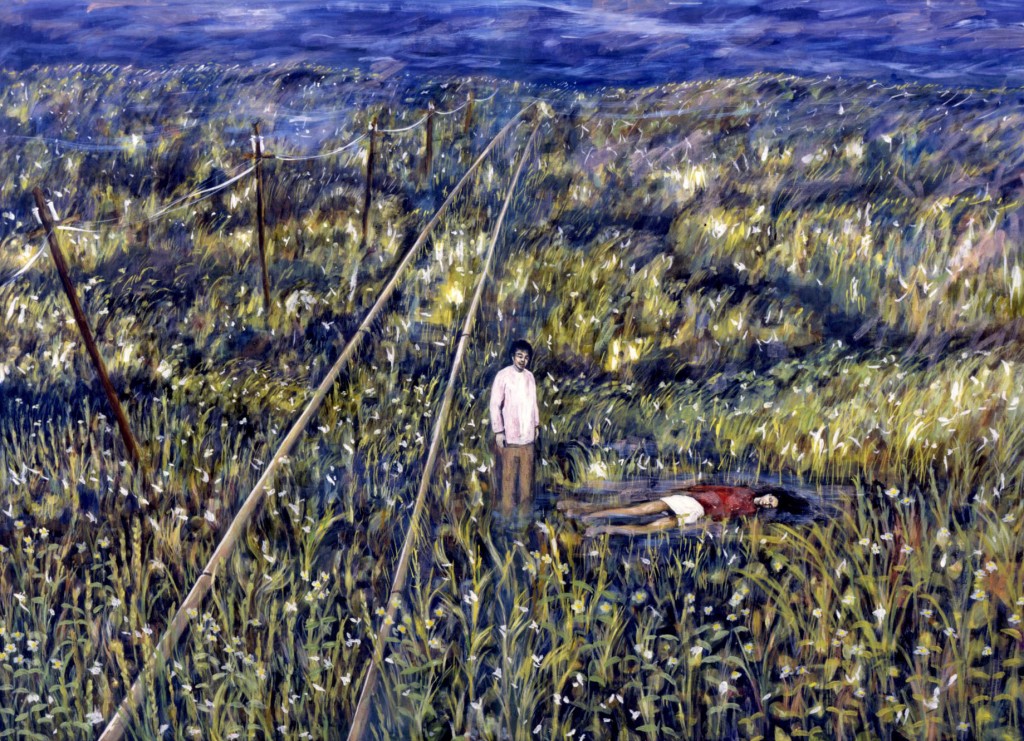 Nastassya is the heroine who appears in Dostoevski’s “The Idiot”.
This picture is a variation of the novel’s last scene .

The fearful last scene, but most beautiful scene.
Only fear is expressed with this picture.

What occur in the border? 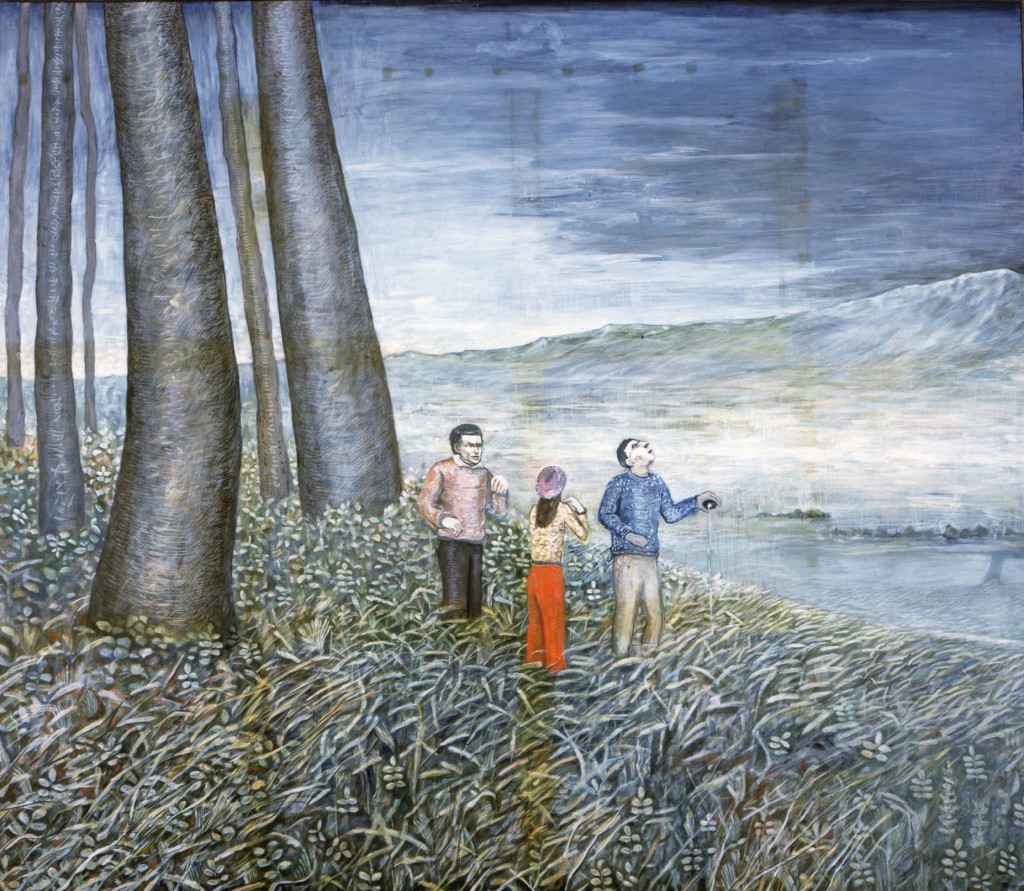 This work is drawn at the time of my twenties.
I make this picture from the  incident into
which the balloon of a mystery has flowed from North Korea

In the hotel in Rome 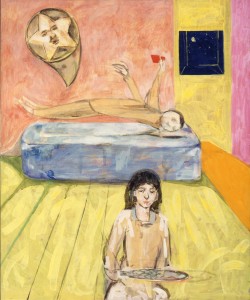 It is not actual Rome, it is Rome in a dream.
In the dream, it was able to go to the Colosseum by the bicycle.

Durga in the Sukayu spa 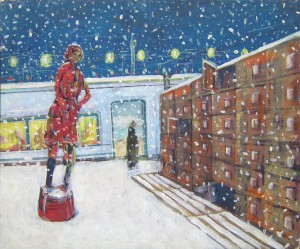 It is a companion volume of “A miracle of Durga”.
Sukayu is a famous hot spring Aomori prefecture.

A ballad of spa town 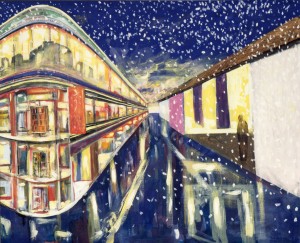 Jizo in the field 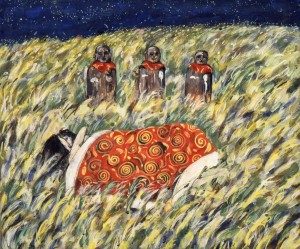 My parent’s home is in the temple of 6 Jizo.

It was set to 3 due to composition.

Homunculus on the Circumference orbit 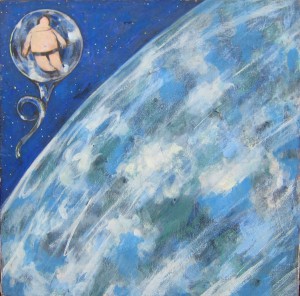 Homunculus is  an artificial life of alchemy.

It is well known by Goethe’s Faust, but now people knows from manga “Homunculus”. 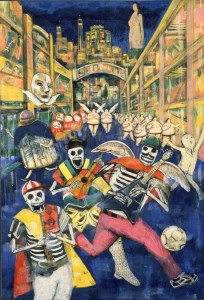 Zona Rosa is the shopping quarter in Mexico City,
but this is off cause Zona Rosa in another world.

The dark side of the brain 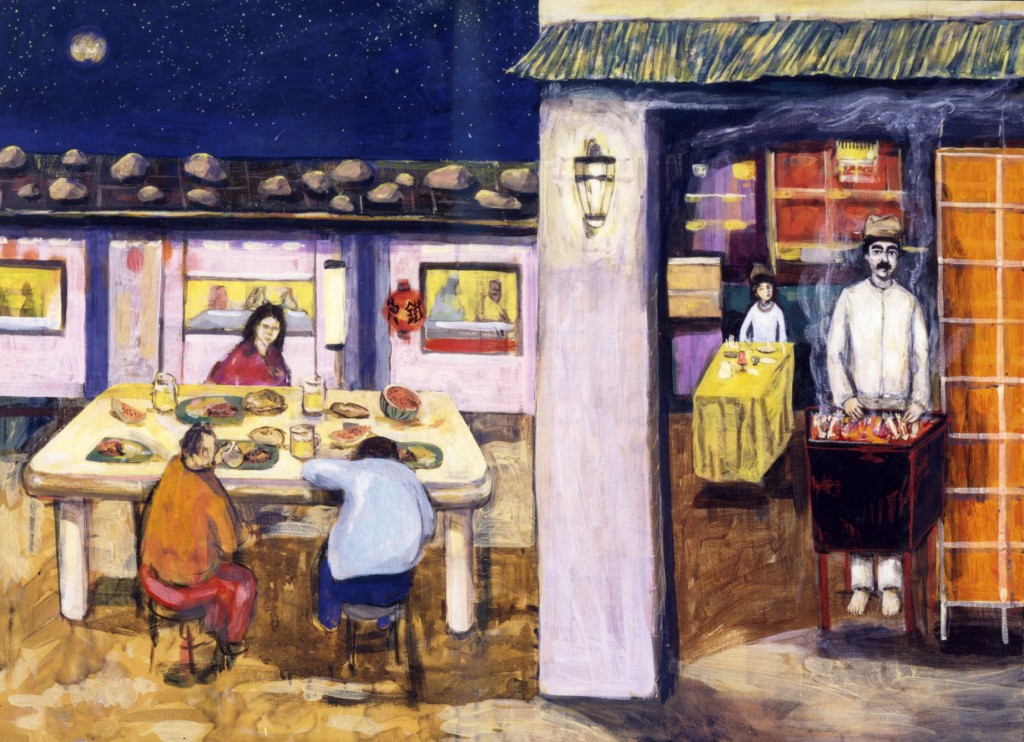 The early 30′s, this picture is drawn, when I felt some pain in my spirit.

I couldn’t draw picture, so I begun to drew some picture from my dream to canvas.
But after I knew, this was very dangerous action in the psychologically,
because some people never return to real world from old parts of their brain.

Fortunately, I could return this world. 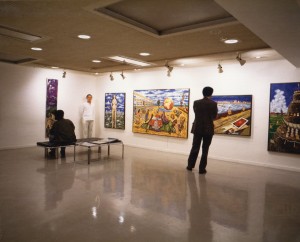 This misunderstanding was called “yako-zen”.
Yako-zen mean’s  ”deceived zen by evil animals’ sprits”
They are strictly prohibit in Zen’s world.

You should remember “AUM Sinri-kyo” was good example of ”yako-zen” . 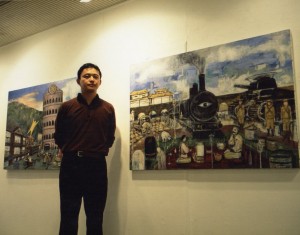 This is young me

Well, can you remember where did you get through into?

I told you that this is very dangerous get through into our deeply conscious. 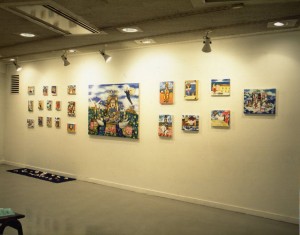 That because world of your brain is not small as your thinking.

Once you lost your way, you might never return.

Sometime your brain has conflict by part and part each other.

A tea ceremony of Captain Amakasu 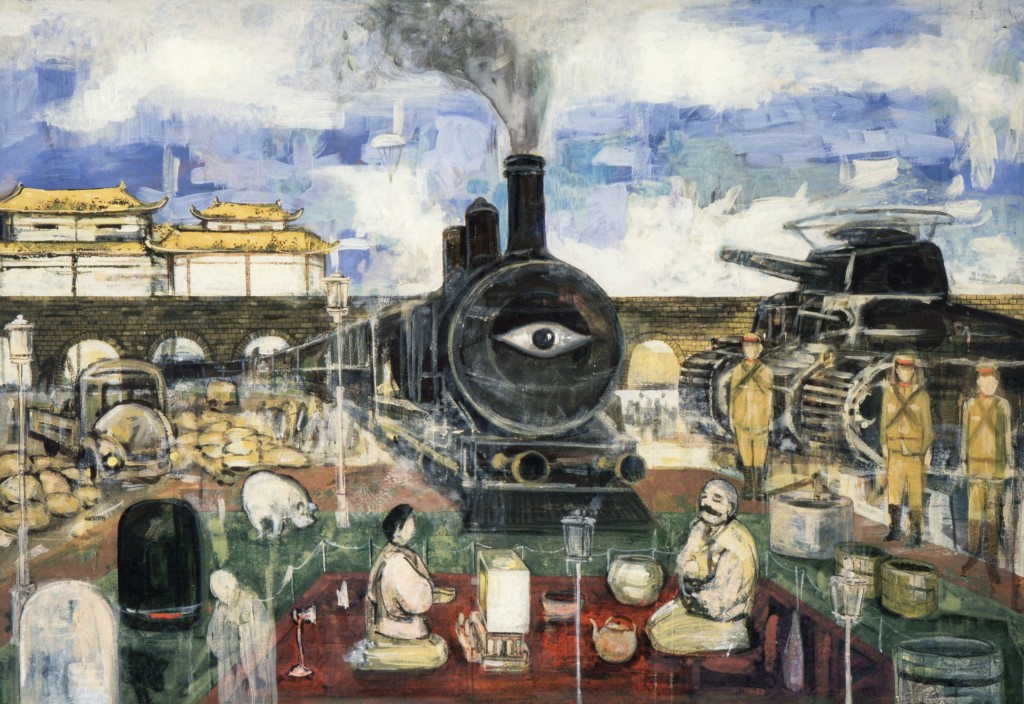 Captain Amakasu is the military of the last war.

This is also a work describing the hallucination of the uneasy time. 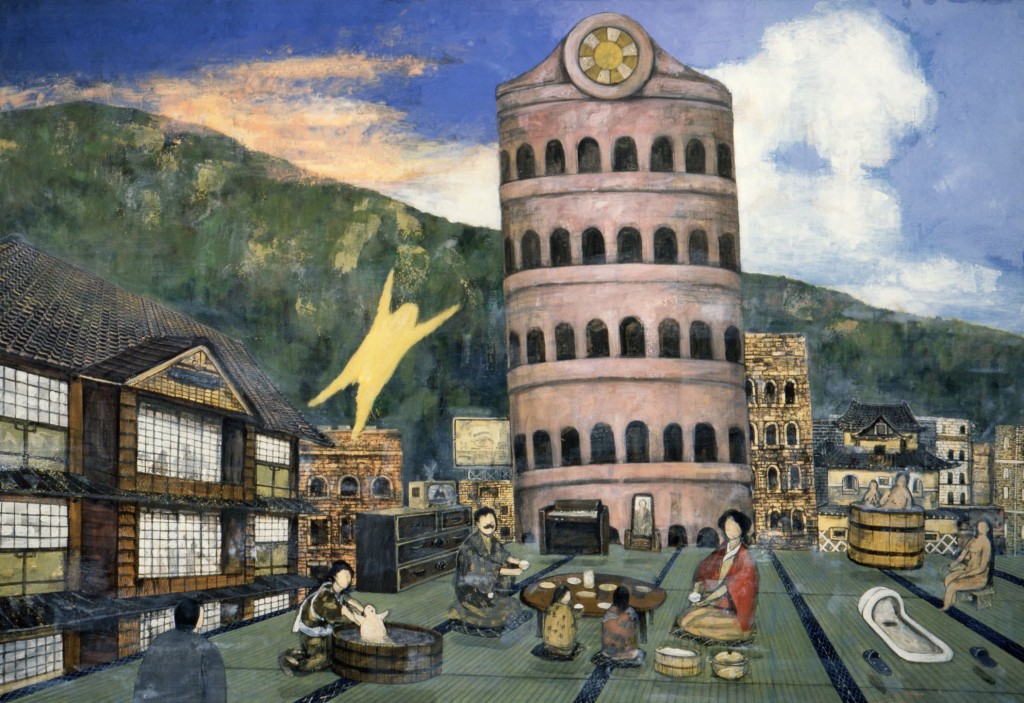 This is not the Leaning Tower of Pisa.
It is the work which wanted to express the nostalgia in early stages of Showa.

My dad told me that when he looked it,
“It is same as my childhood scean”

I am very happy to hear it.

The 90s which I showed this work,
Pictures of “The room of Jung” was seldom understood.

But now, I have you sympathize by the spread of sites.

It may be because there is an element which connects the heart with a site.

It is an important thing for a painterr to expose Other Said.
How do you think about them?