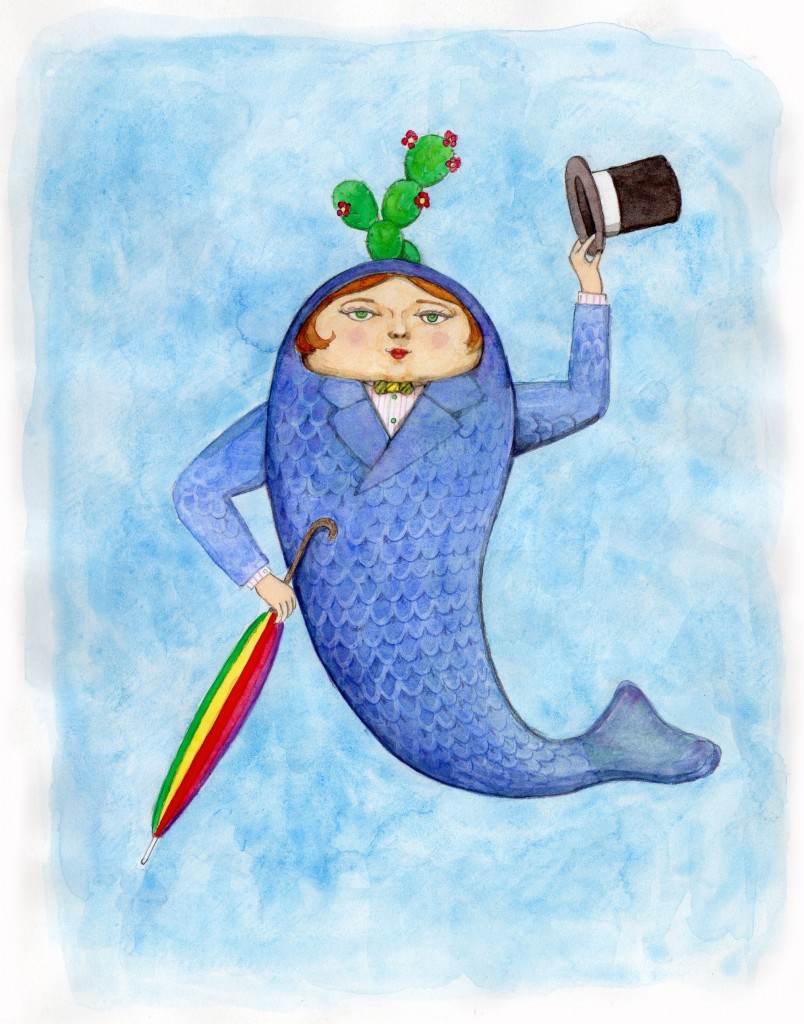 Do you know Japanese word “kawaii” means?
Yes, it means pretty.
But nowaday some young girl say  ”kawaii” to eerie or weird things.
Is this strange?
Yes, but sometime weird things turn into kawaii.
Kawaii is often  weird.
Weird is often  kawaii.
You can enjoy here in prettiness of the monsters! 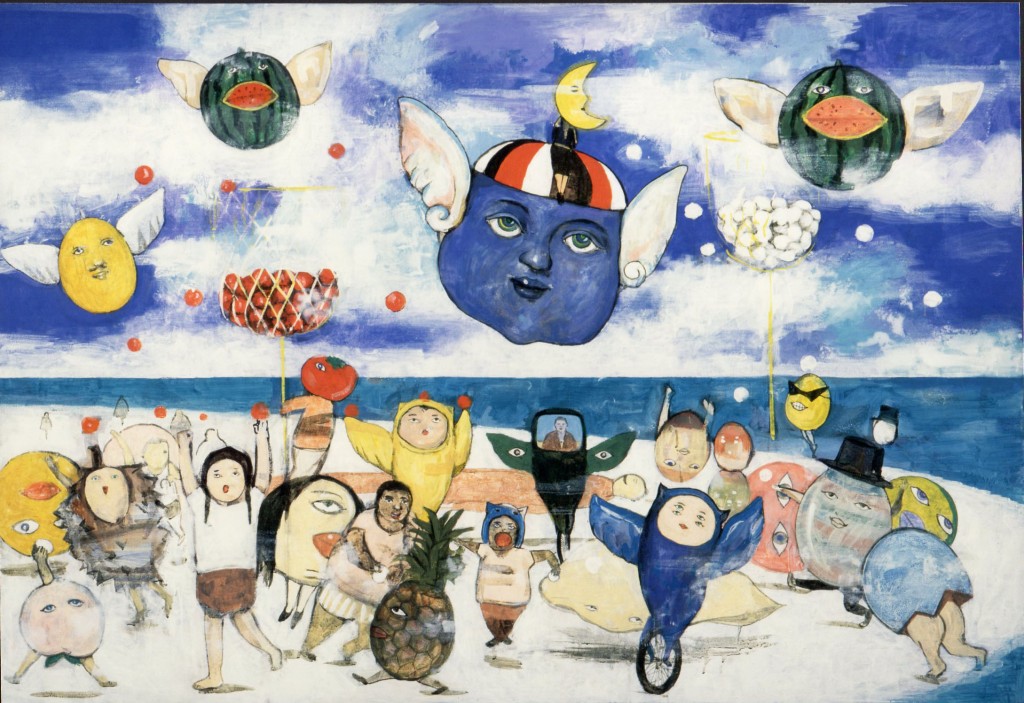 Mononoke means a kind of spirits who live in a dark and  humid world.
Mononoke is not ghost, because ghosts are dead human being,
but mononoke often be turned into  from pot, knife,woods, cat, fox or something.
But mononoke in this world likes vivid sunshine and blue sky and sea!

Yes, we should call them Mononoke Caribbians!

They are very gaiety but not smart.
So if you contact them,please be carefully. 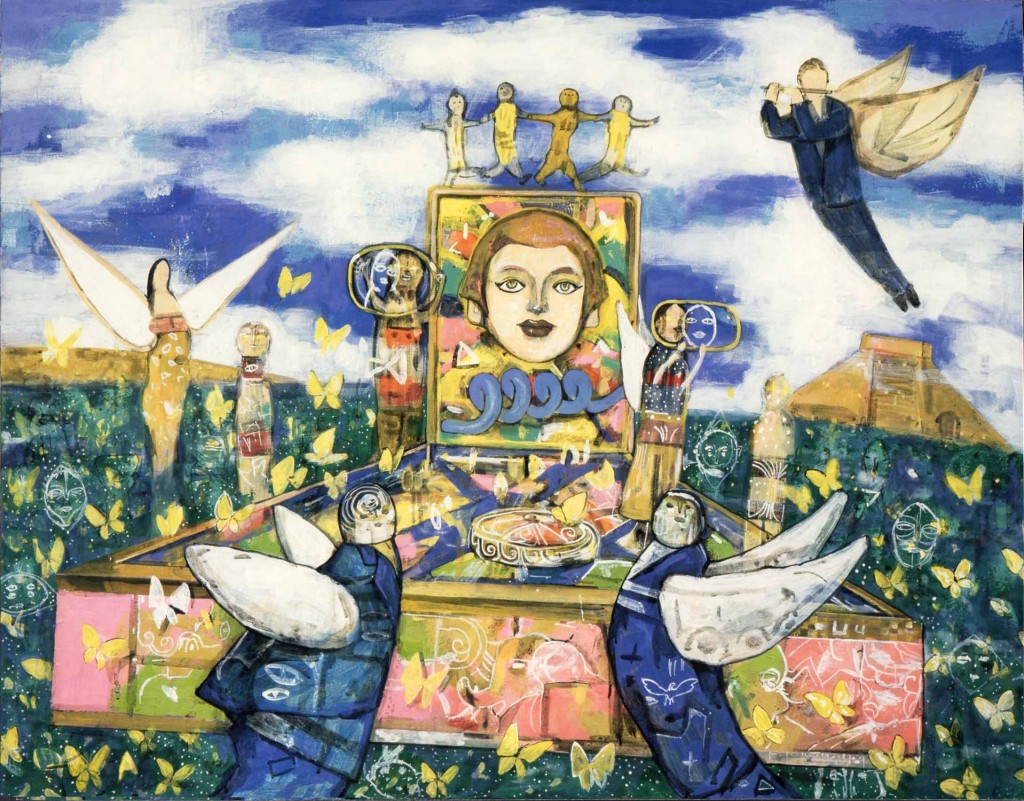 Title is came from “A pinball wizard”
that is the hit song of the British rock band THE WHO’s album “TOMMY”.

It is a work which tried to draw a pop expression for a classic material.

It is a work expressing the sun and the moon of and the Yucatan Peninsula in Mexico.

An iguana is not new in the Yucatan Peninsula, but I astonished how big.

Sun boy in the Sea 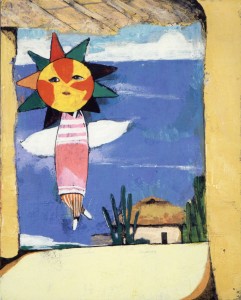 In this picture,I want to express the sun and the moon
in the Yucatan Peninsula,too.

No one hate blue sky and the sea.
It is not strange if mononoke like them. 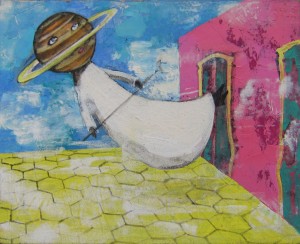 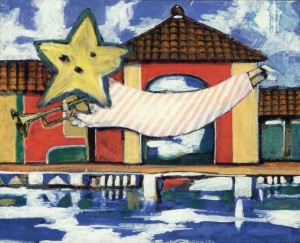 Both 2 pieces are impression from  Yucatan Peninsula. 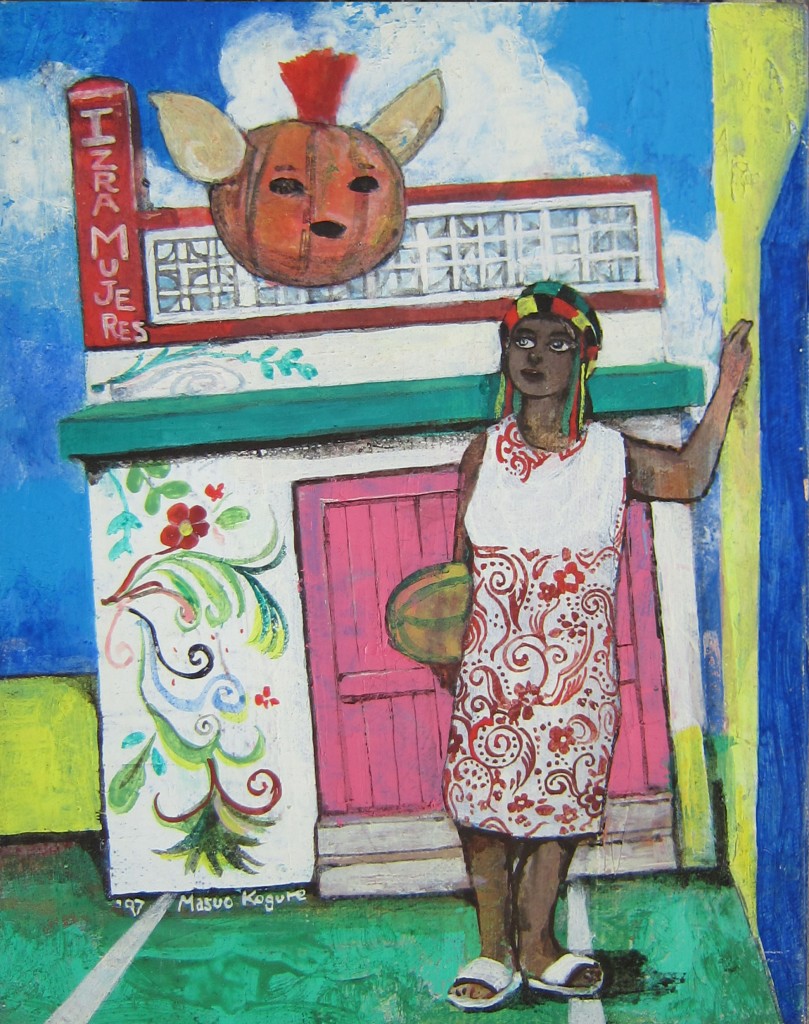 Yvonne is a woman who met in Mexico.

She was a student of Mexico University.

Majoity of Mexicans are called
Mestizo is mixture of Latin blood from Spanish or something
and native Indio from oriental blood.

There is so many beautiful women in everywahere in the country.

Welcome to country of calico ! 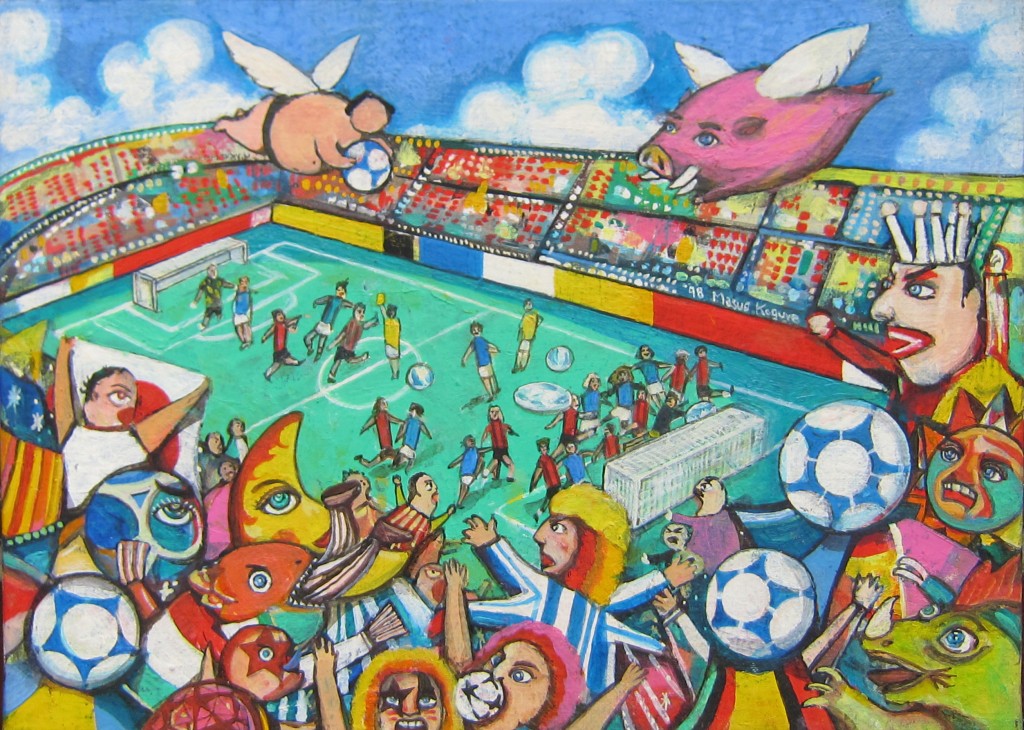 The image of the picture is came from my book work “Cute Itarians!”
that Napoli vs Juventus in Serie A. As you know “calico” means football in Italian.

I thought football games in the Latin world are completely crezy,
but in the every world football makes us crezy!

I want to draw such a Italian football world,
but it is finished mixture of Italian and Mexican style.

The fragment of the “The Magic Flute” 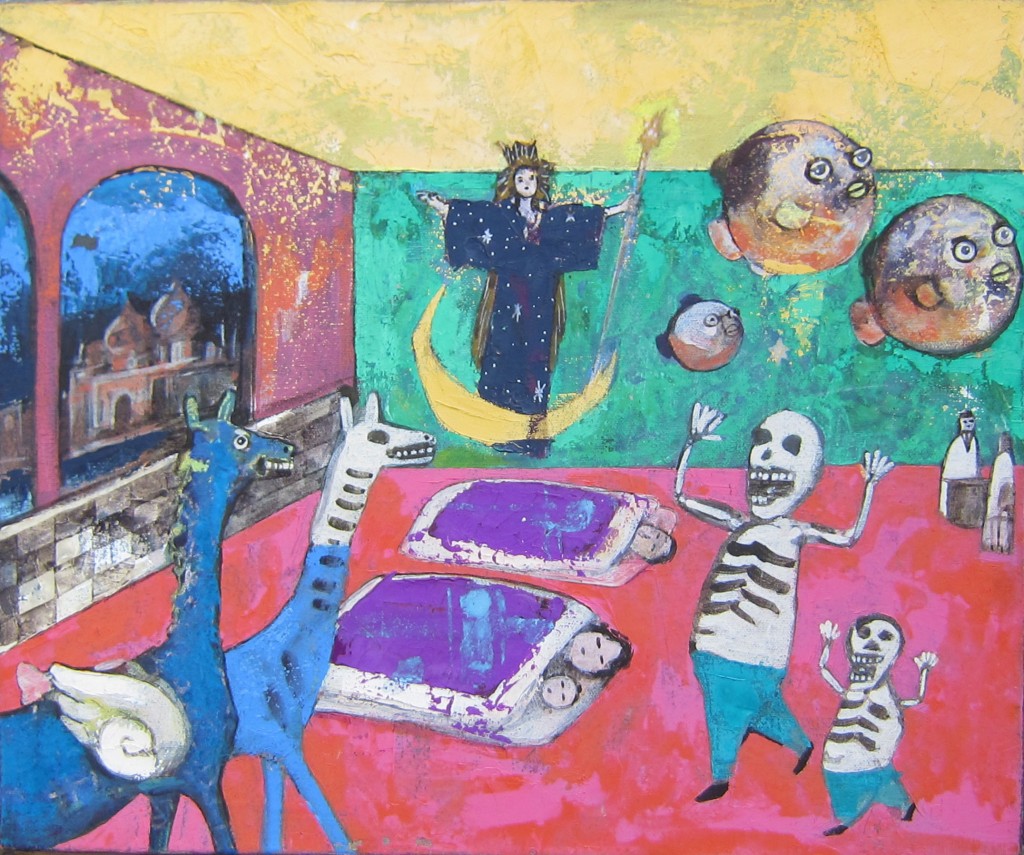 They say “The magic flute” has a lot of inconsistency in the story,
but it is very fantastic and exiting.In intersting addition,
the story has some influence from the thinking of Freemason.

The Night Queen and Zarastro

Ingmar Bergman the movie great master in Sweden
who made “The Magic Flute” converted into a movie.

But when it convert into the movie, people will notice that a lot of inconsistency,
because the night queen and Zarastro turned into the wife and husband.

And story changed the story of quarrel between them.
In the picture, the wife and husband are dancing on good terms. 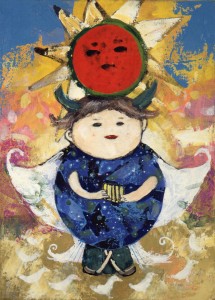 Papageno is also the important characters in “The Magic Flute”.

The object  on his head is the sun shaped watermelon.

This picture is same series of “The Magic Flute”.

The color in the picture is really influence from the Mexican arts.

A miracle of Port Merian 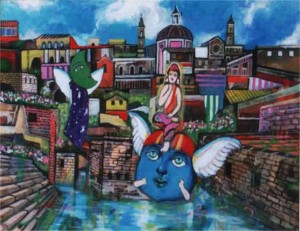 Port Merian is the strange place inEngland.
It was well know by located in the old TV series “The prisoner #6″.
Seven Lucky Gods in Italian 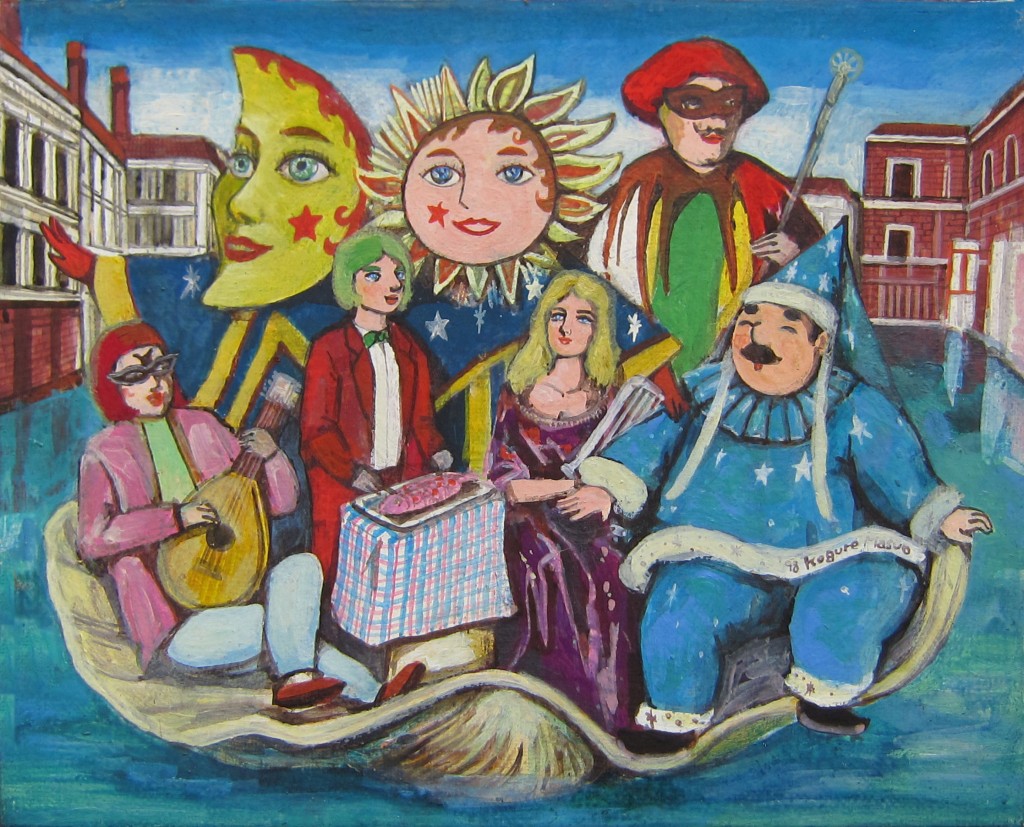 Ebisu is only god in Japan, the other gods are came from India and Chaina,
because  it in not religious one, it based on materialistic thinking. 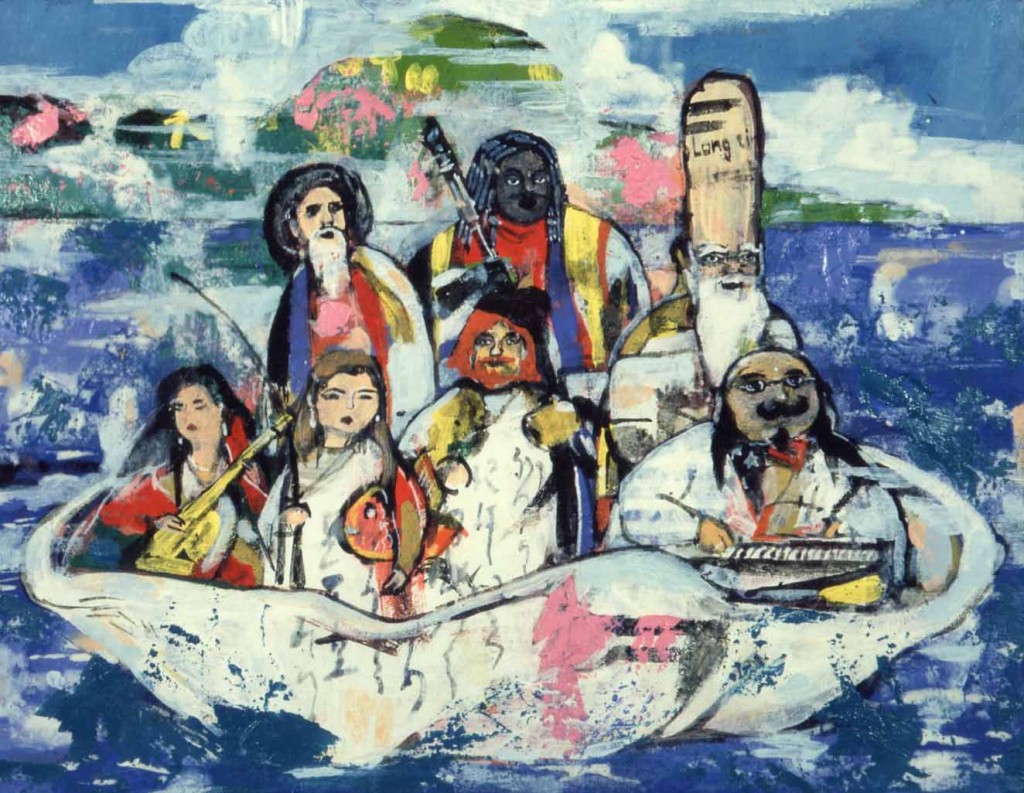 It was painted in same concept in “Seven lucky gods in Italian”. 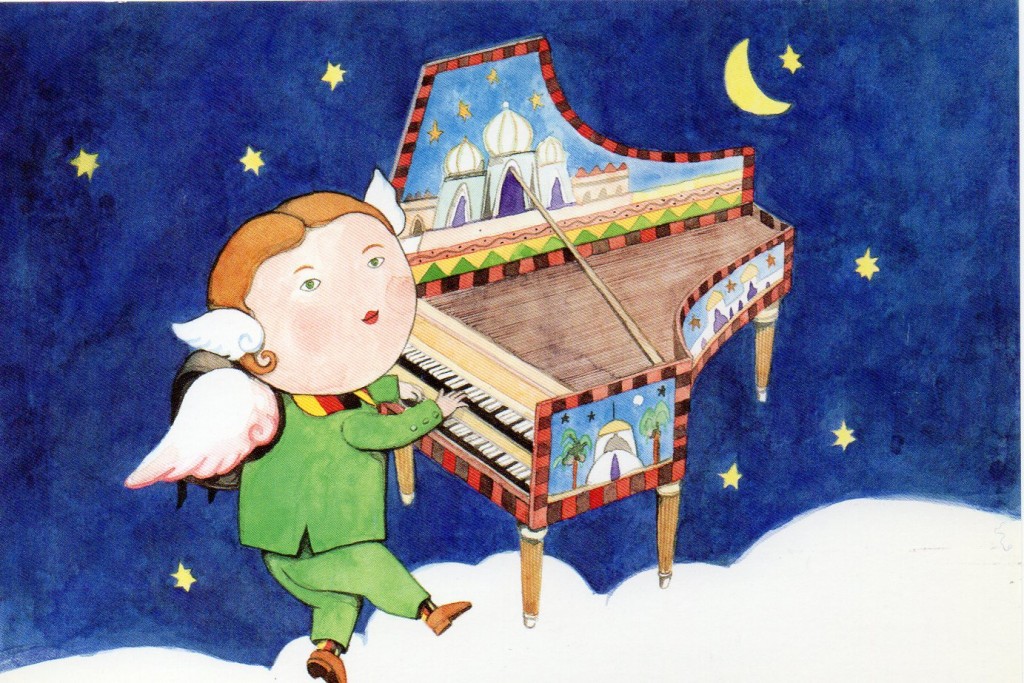 Boy Amadeus is really gifted of the music.

He plays fantastic music until he can read some letters,
and everybody astonished hi talent.

Please enjoy the sound of music from your god! 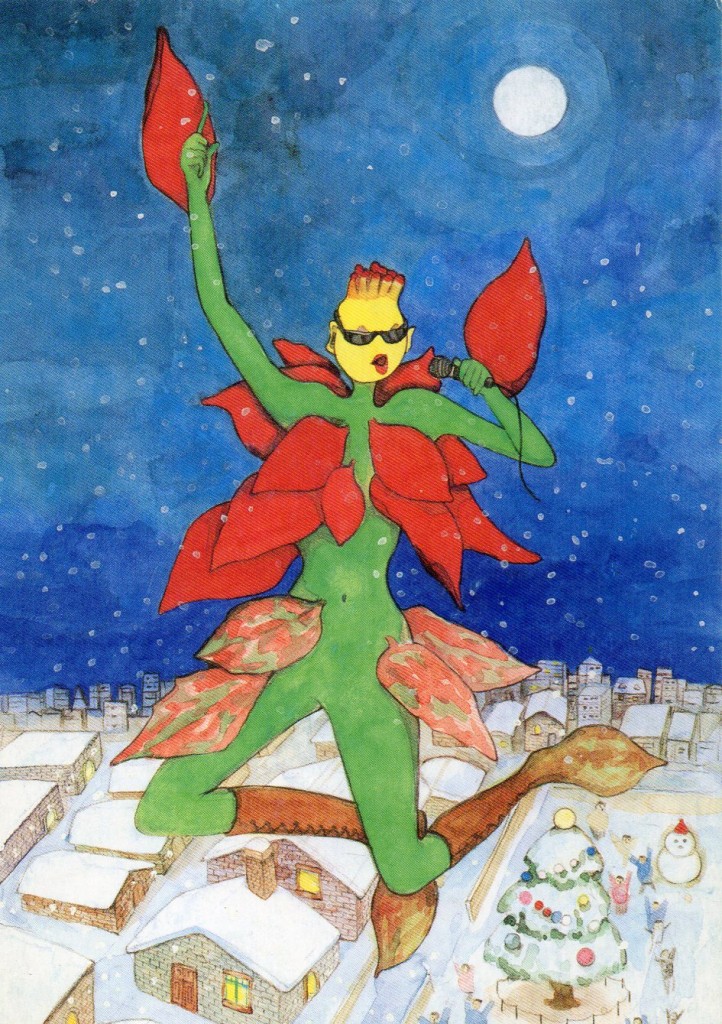 Do you think it’s OK to we may have female Santa Claus.
Miss Santa Claus is a incarnation of a poinsettia that symbol of Christmas.
When you see a poinsettia, please look in at a tip thoroughly.
Tip of poinsettia looks like the Afro system black person’s face.

Miss Santa Claus is a singer of a black music!
A rhythmic sense & style is really amezing.

Her present is a song,it not material thing.

You want maney or some thing special goods?
Oh, what a pool heart you have.
If you are a gentleman, viceversa you want to give her something?

Miss Santa Claus played
the role of the Night Queen! 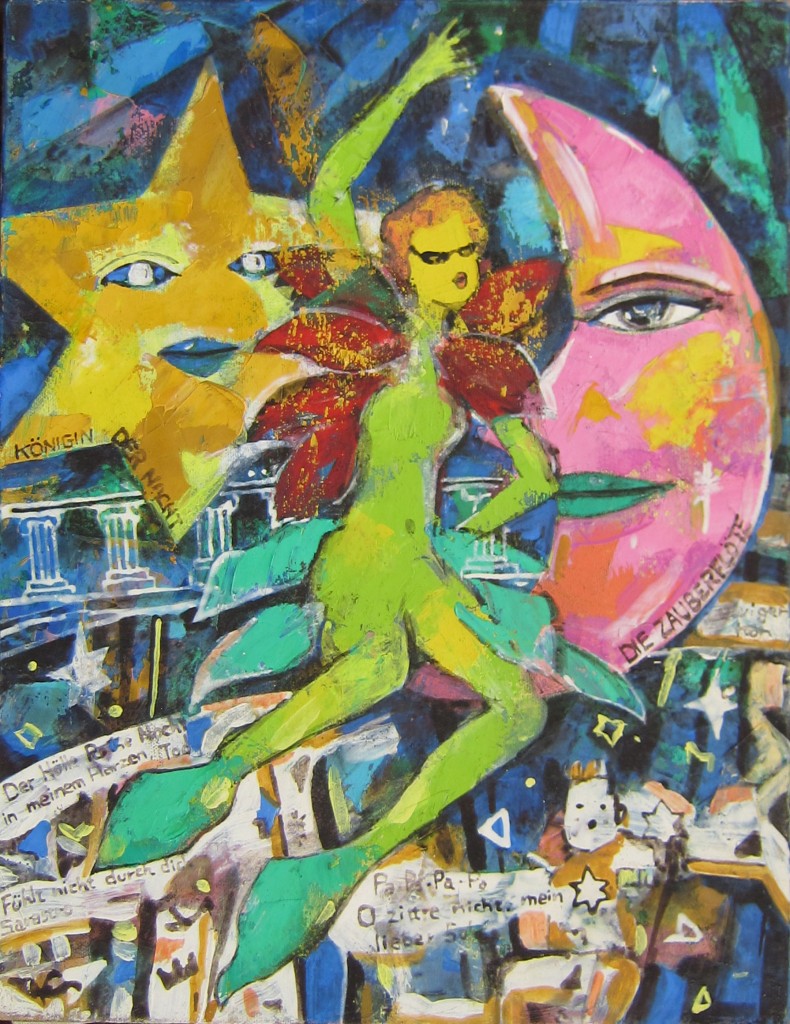 This is Miss Santa Claus who played the role of a Night Queen.

The letters of back of the picture is German words in “The magic flute”. 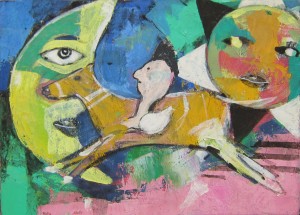 The image  is same “The magic flute”‘s  stage arts/ 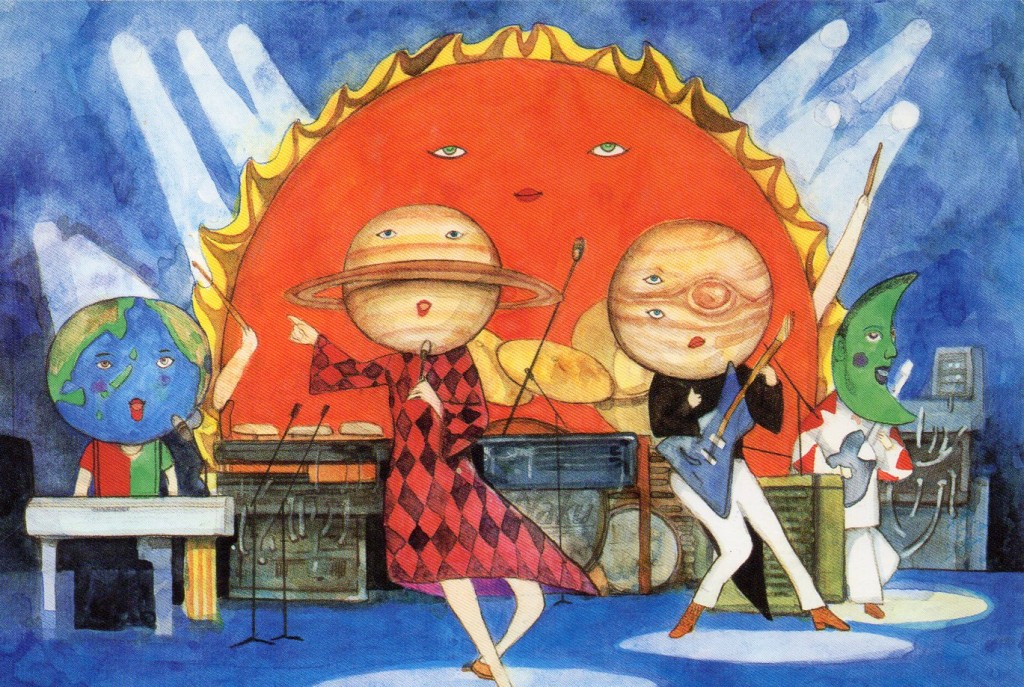 The postcard used for promotion when I was change my position to freelance painter.

Someone say to me “It is not for sell”, I shocked very much.

Now I look at this, I can understand what he says, he knows Japanese market.

But fortunately the picture was sold! 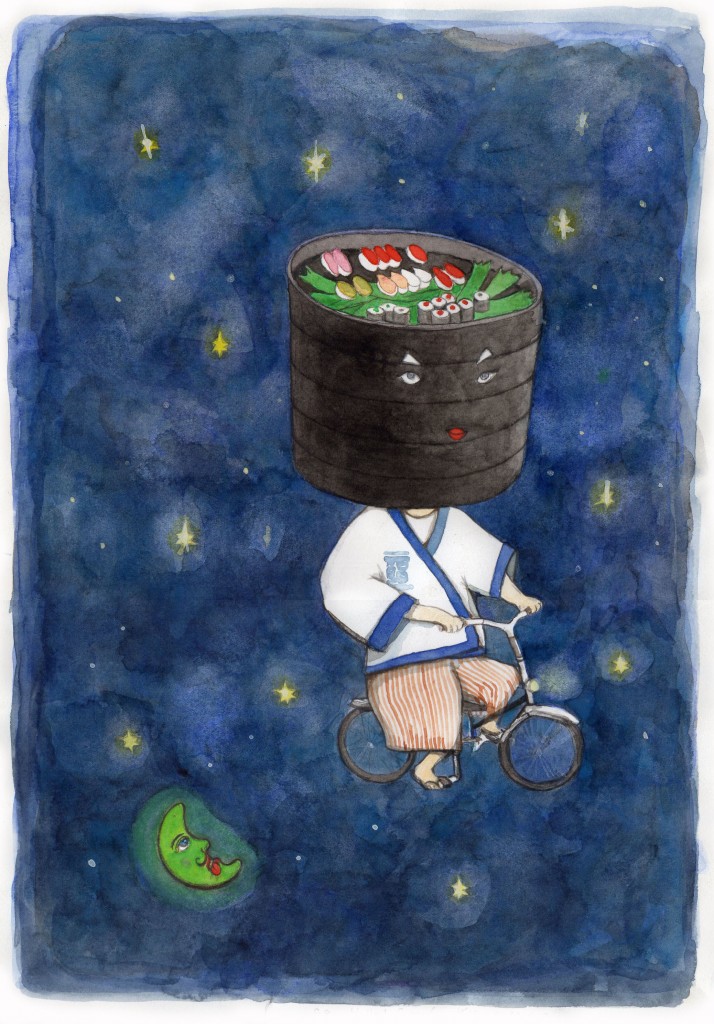 His name is Sussy! 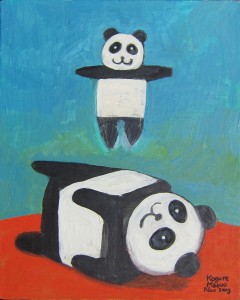 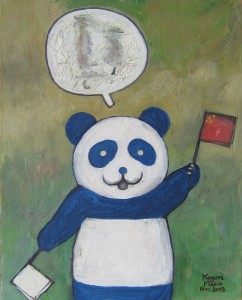 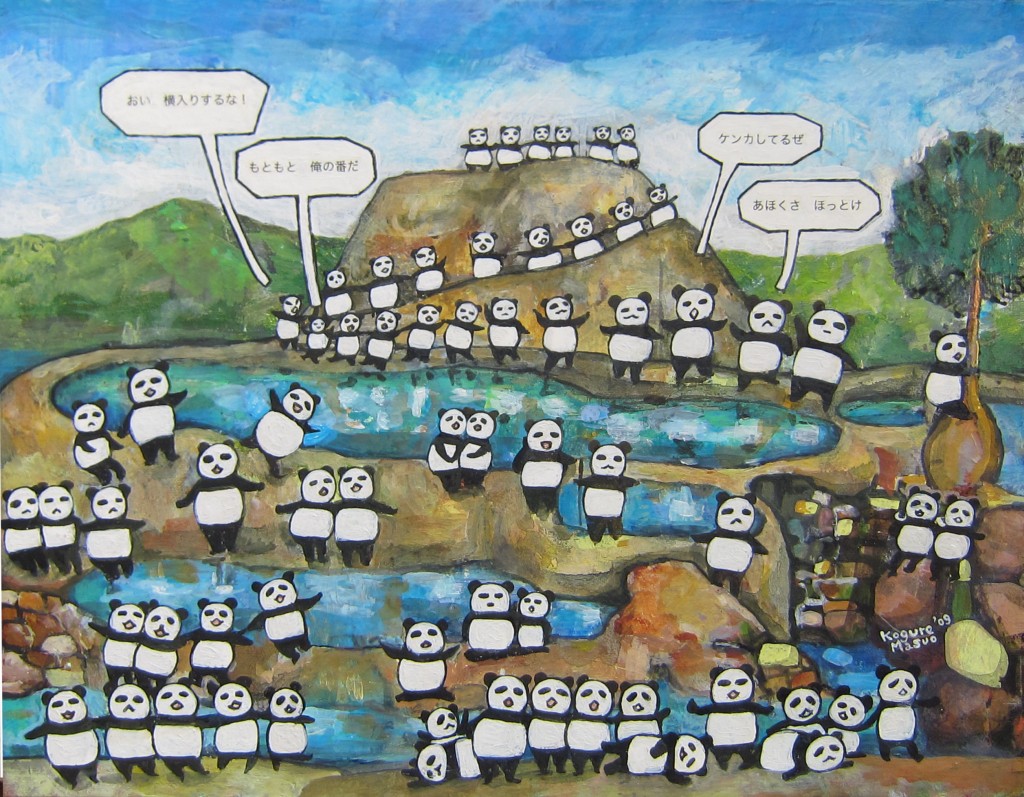 Her names Kim.
Fearful looking, and her character is more fearful 10 times. 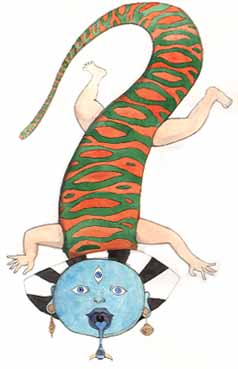 But fearful looking has some cases.
Someone is not good-natured, but someone is seriously his work.
It is hardly attach distinction.

In case of the men, it is just self-indulgent,because generous to the other people.
But, in case of the women is not.

Maybe women are more honestly than the men. 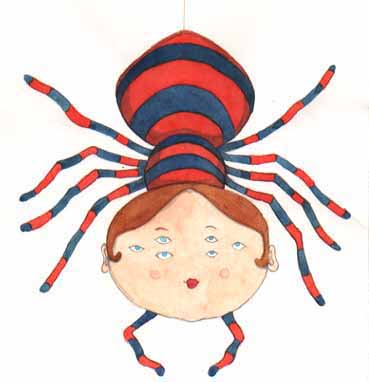 This boy is same character as “Boy Amadeus”.

Difference is it has 6 eyes.

Actually the spider has 8 eyes, but it cause from visual design.

Boy Amadeus’s dark side is turn into this form.

6 eyes is not my idea, it from mexican artist Sergio Bustamante.

If you interested in it, you may find in the webs. 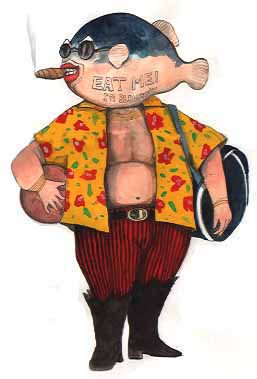 Blowfish has strong poison, because most people in the West.But blowfish is one of the most expensive and valuable fish inJapan.
Did you know that?

If you came to Japan, and if you have some money,

I recommend try once! 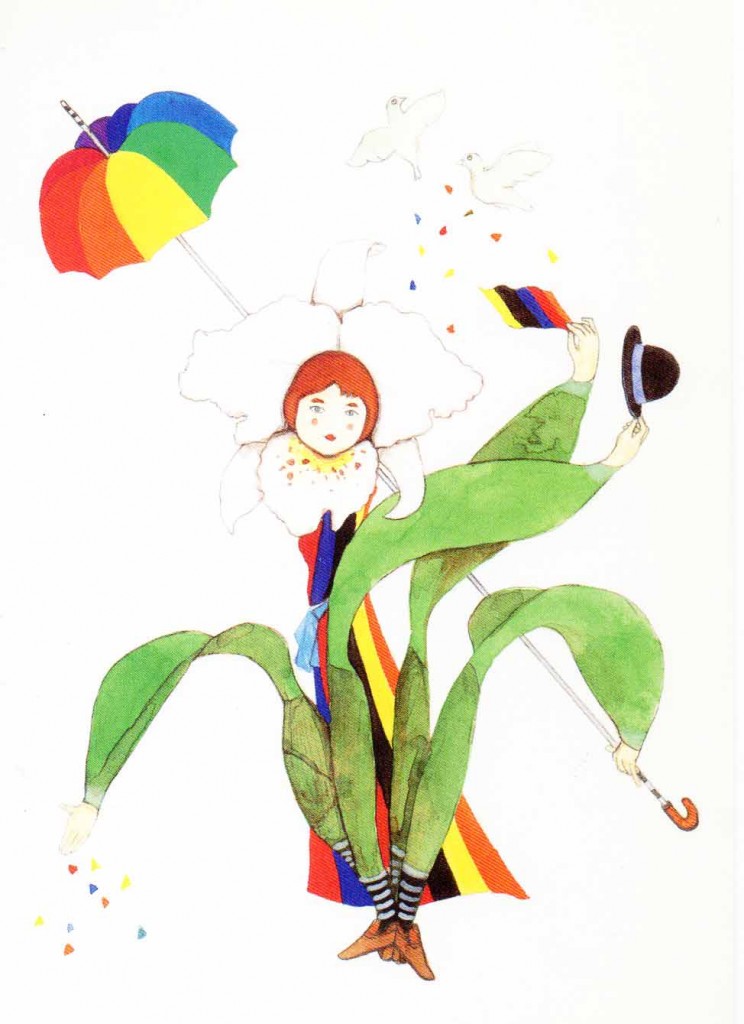 I notice that Miss orchid and Blueface looks very loneliness.
I guess Blueface likes Luna, but she weeps thinking about the other someone.

Why don’t lives together Miss orchid and Blueface?

I should draw together with them, weren’t them?

Blueface is from Ormecan big face,but he is more sensitive.